Avatar and other movies with people who have disabilities

A few days ago, we saw Avatar. It is spectacular, breakthrough, breathtaking, spellbinding, adjective etc. It really was that good, aside from the sappy love song at the end.

As I was taking in all that magnificence, I kept thinking about one thing: How great it was that the starring role is about a guy with disabilities. Oh, OK, I also kept thinking how hot Sam Worthington is. He plays Jake Sully, a paraplegic ex Marine. One of the bazillion special effects in the movie is how believably atrophied they made his legs look.

As I watched Sam, I literally started thinking, "Wow, maybe Max can be in the movies! He's got the looks, the charm! Who cares if he can't really talk!! Bring on The Color Purple, Part 2!" But, sadly, it's rare to find actors with actual handicaps starring in movies or on TV. In the hit TV show Glee, for example, Artie—a character who uses a wheelchair—is played by an able-bodied actor. While I'd like to think to think they could have found a handicapped actor to play the Avatar role, it comes down to who's box office bait and sadly, there aren't any big-name handicapped actors in Hollywood.

Avatar got mixed praise from paraplegics, according to this ABC News/Health article (thanks for telling me about it, Louise). J. Scott Richards, director of research at the Physical Medicine & Rehabilitation Center at the University of Alabama, pointed out that Hollywood always depicts extremes when it shows characters with disabilities: "A physically achieving athlete in a wheelchair, or the opposite end of that—someone who is miserable and has a horrible life. I'd much rather see the middle of the road. Where people are just people but they happen to be in a wheelchair." A-men.

I've recently seen a couple of outstanding documentaries about kids with disabilities. First, the amazingly inspiring film Including Samuel, by director Dan Habib. 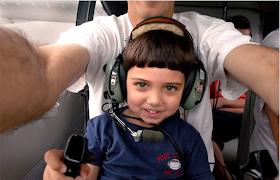 The movie chronicles his family's life to include their little boy, Samuel—who has cerebral palsy—in every aspect of their lives. Samuel so reminds me of Max.

Then a woman I used to work with told me that her friend, Jo Sittenfeld, had directed a documentary about two families with kids who have autism. It's called Ethan & Jennifer. 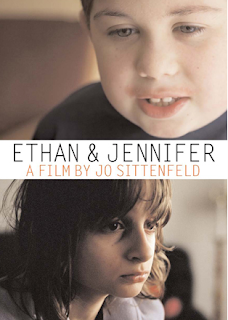 I watched it Friday night, and it is a candid, beautifully shot, moving film that any parent of a kid with special needs will appreciate. I loved this line from Ethan's mom: "He is who he is. I don't want people to think our life is a tragedy. But also, I don't want them to think it's no big deal. It is somewhere in the middle." Jo said it would be OK if I passed along my copy, so the first person to request it in a comment gets it (just leave your email, please). If you would like to contact Jo about a screening copy, contact her at jo@ethanandjenniferfilm.com.

Some other good documentaries about people with disabilities—I haven't seen most of them, I just did a massive Google search:
Best Boy (1979): This film follows the director's mentally-handicapped cousin, who was 52 at the time this was made and still living with his parents.
Hear and Now (2007): In this award-winning film by Irene Taylor Brodsky, she follows the story of her parents—born deaf—who get cochlear implants and hear for the first time.
Who Are The DeBolts? And Where Did They Get 19 Kids? (1977): An Oscar-winning documentary about a couple and their 19 adopted children, many of whom are disabled war orphans.
King Gimp (1999): Another Oscar winner about the life of painter Dan Keplinger, who has cerebral palsy.
Land of Silence and Darkness (1971): A German documentary about a deaf-blind woman and her interactions with others in the deaf-blind community.
My Flesh and Blood: (2003) A year in the life of the Tom family and its 11 adopted children, most of who have serious disabilities and diseases.
Up Syndrome (2000): A University of Texas student chronicles the life of his charismatic childhood friend who has Down Syndrome.
Without Pity: A Film About Abilities (2006): An HBO film, narrated by Christopher Reeve, that celebrates the efforts of the disabled to lead full, productive lives.
Handicapped Future (1971): A documentary about disabled children in Munich.
Normal People Scare Me (2006): Created by a 17-year-old with autism, this documentary features interviews with 65 people representing different levels on the autism spectrum.
Emmanuel's Gift (2005): A disabled man, born in Ghana, attempts to overcome the stigma of disability. Narrated by Oprah Winfrey.
Sound and Fury (2000): A documentary about two families with very different takes on the issue of cochlear implants.
Murderball (2005): An award-winning film that tracks the U.S. Quad Rugby Team's quest to compete in the Paralympics. Raw, funny, powerful and one of my all-time favorite movies.
How's Your News? (1999): A hilarious documentary about five people with disabilities, ranging from Down Syndrome to cerebral palsy, who travel around the country in an RV and conduct on-camera interviews with the public.
In The Land of the Deaf (1992): This documentary details the lives of hearing-impaired people from all walks of life.
When Billy Broke His Head...and Other Tales of Wonder (1995): The director, and narrator, of this film tells the story of his brain injury and its aftermath, then embarks on a cross-country journey to meet disability-rights activists.

And here are some movies about people with disabilities, most summaries courtesy of IMDB:
My Left Foot: The story of Christy Brown, who was born with cerebral palsy. He learned to paint and write with his only controllable limb, his left foot.
The Diving Bell and The Butterfly: A stroke victim, at the time the editor of French Elle, figures out how to communicate by blinking his eye. You. Will. Sob.
The Miracle Worker: The story of Anne Sullivan's struggle to teach the blind and deaf Helen Keller how to communicate.
Coming Home: A woman whose husband is fighting in Vietnam falls in love with another man who suffered a paralyzing combat injury there.
First Do No Harm: Meryl Streep stars as a mom who must fight to try alternative treatments for her epileptic child.
Waterdance: An oft-overlooked film about a man who breaks his neck while hiking, and finds himself in a rehab center with other people dealing with their newfound handicaps.
Door to Door: A man (William Macy) with cerebral palsy is determined to become a salesman.
Passion Fish: The story of a successful soap opera star who becomes wheelchair-bound after a car accident.
I Am Sam: A mentally retarded man fights for custody of his 7-year-old daughter, and in the process teaches his cold-hearted lawyer the value of love and family.
Children of a Lesser God: A new speech teacher at a school for the deaf falls for a pupil who decided to stay on at the school rather than venture into the big, bad world.
The Other Sister: A mentally retarded girl proves herself to be every bit as capable as her "perfect" sister when she moves into an apartment and starts college.
Love Leads the Way: A recently blinded man becomes one of the first American users of a seeing-eye dog, and must fight to remove the legal barriers impeding the use of one.
The Mighty: A boy with a severe learning disability befriends a boy with a disorder that stunts his growth.
What's Eating Gilbert Grape?: A boy struggles to care for his obese mother and mentally-disabled brother (Leonardo DiCaprio).
Radio: The story of a high school coach and the developmentally challenged man whom he took under his wing.
Forrest Gump: A simple man scores major achievements, and I will spare you the box-of-chocolates reference.
Dominick and Eugene: The story of twin brothers, one who's a bit slow, who live together and help each other get by.
Yarn Princess: A mildly retarded woman has to fight to keep her kids after her husband is diagnosed with schizophrenia.
Slingblade: A simple-minded man, hospitalized since his childhood murder of his mother and her lover, is released to start a new life in a small town.
Reach for the Sky: The true story of airman Douglas Bader who overcame the loss of both legs in a 1931 flying accident to become a successful fighter pilot and wing leader during World War II.
My Louisiana Sky: A girl comes to terms with her mentally challenged parents.

During my manic Google search, I also found out that there's a film festival, Different From What?, taking place January 29-31 in Tempe, which explores ability and disability from multiple perspectives. There's an amazing lineup of films, especially the guest film, Shooting Beauty: "Shot over the span of nearly a decade, Shooting Beauty tells the eye-opening story of an aspiring fashion photographer whose career takes a life changing turn when she discovers true beauty at a center for people living with significant disabilities. When she begins inventing cameras her new friends can use, a surprising story unfolds that initial reviewers are calling 'more than a film... a masterpiece.'”

It sounds great, I hope I get to see it.