Traveling with kids with special needs 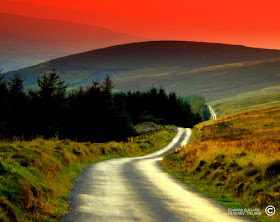 "Don't be shy in coming forward at the Check in or Security when it comes to telling people you have a child with special needs. We get there early, but approach a member of Airport staff and tell them that the kids 'don’t do queuing' and they generally help us through."

That's just one of the great tips on traveling with kids with special needs from a post by Hammie, a cool Irish chick who's a newcomer to this blog; she has two kids with autism. I've done exactly what she has at security—Max gets wigged out by the crowd—and they always let us go to the front of the line. And we call the hotel ahead of time, if there's a kids' club, to make sure they can accommodate Max. That's what we did for our Disney Cruise, and they were beyond fantastic.

Like Hammie, we've found portable DVDs to be lifesavers. They basically mesmerize the kids for most of the plane flight, which is ever so much better than drugging them, don't you think? And I pack little gift bags filled with cute stuff I find at the dollar store, and then Dave and I have so much fun rummaging through them. Hee, hee, they're for the kids.

Max is especially fond of eating on airplanes. Every so often, he'll do his motion for eating (hand to mouth) and then he points to the sky and says "air-plane!" And I'll ask, "Max, you want to eat on an airplane?" And he'll nod vigorously and say "YES!" I pack lunches in those disposable Ziploc plastic containers and the second we get on the plane, he wants to eat his.

I've also found it handy to pack the children IN the wheeled carry-ons, the best way to transport them around the terminal.

Is it becoming increasingly clear to everyone that I am getting very loopy and am sorely in need of a vacation? We're actually going to Hersheypark in a few weeks, right before Max gets stem cell therapy on August 25. Can someone please explain to me how it is August already? I just don't understand.

Now, by all means, share your own travel tips!


Photo by Edward Dullard
Ellen Seidman at 7:32 AM