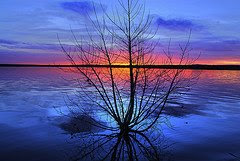 I was surfing the web tonight and came across this: Scientists at Northwestern University may have discovered a way to protect against cerebral palsy. They've developed a kind of drug that inhibits the brain's production of something called nitric oxide; at high levels, this stuff has been shown to damage brain tissue. Too much nitric oxide is thought to play a role in cerebral palsy. Some 750,000 adults and kids in this country have CP, with the majority born with the condition. (Before last night, I never knew that stat—did you?)

The study's out in the March issue of Annals of Neurology (you know, the type of publication that you'd typically browse through on a Sunday evening when you're vegging on your couch). None of the articles I've read online have made it clear whether or not a "vaccine" or injection of sorts might be possible that would be given to mothers to prevent the rise of the nitric oxide—they're just saying that preventive strategies for CP might be feasible for humans in the future. There is a lot more research to be done (the tests were done on animals) but, still. This is a breakthrough discovery.

I e-mailed the professor of chemistry at Northwestern who lead the development of the drug and thanked him. I had to.

This discovery makes me incredibly, unbelievably excited. It also makes my heart ache a little. Obviously, I can't turn back the clock for Max. We can't turn the clock back for any of our kids. But if in my lifetime cerebral palsy could be prevented from striking babies, I would die very, very happy.