All I ever wanted for him 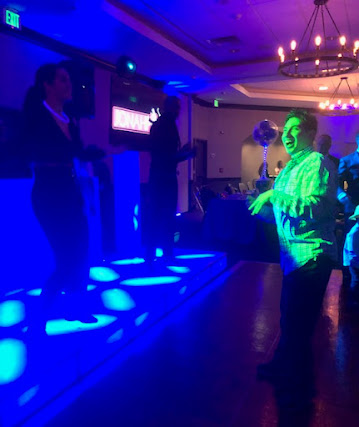 We were at the bar mitzvah of my friend Lisa's son. (Congrats, Jonah!) Earlier that day, Max had sat through the morning service. A couple of times, when he knew prayers, he'd approached the podium to say them with Jonah. That afternoon, Dave and I headed out of the hotel for some pampering pedicures while Max took a walk around a nearby lake with a group of my friends.

At the party that evening, when Jonah made his big entrance, Max clapped wildly. He hung out with me and Dave for a little, pointing out on his watch the weather in Los Angeles and telling guests about his plans to move there. Soon enough, Max decided that he wasn't going to sit with us. He wanted to be at the teen table, and he wanted my friend Lyla's cute daughter, G, with him. Off they went.

Dave and I chatted with people at our table. We took pictures in the photo booth. When the plates of steak and salmon were served, I cut up the food into bite-sized pieces and delivered it to Max. From across the room, I watched him and G eating, side by side. When she got up, Max—ever the enthusiastic eater—continued to shovel down food on his own. At some point, he asked her to go to the photo booth with him.

Throughout the night, Max was on the dance floor. A couple of other moms grooved with him on occasion. He joined other young guests in a game of musical chairs. Mostly he was on his own, having a blast.

I watched him dance from our table, Stalker Mom that I am. I'd already been feeling sentimental about his upcoming birthday, and I totally welled up. When Max was a tot, I couldn't have ever imagined a scene in which he was roaming around on his own, eating independently, making new friends, conversing with people, dancing and doing his own thing separate and apart from me and Dave.

And there he was on the dance floor, freely moving his body with a smile as bright as the DJ's lights.

And it was all I ever wanted for him. 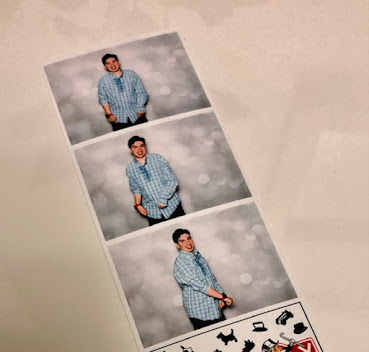