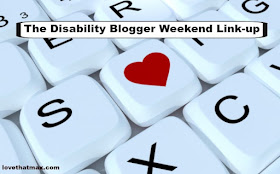 Like this: Great holiday gifts for kids and teens with disabilities

Click "Enter." Leave a comment if you want to say more. Go check out some great posts.
Ellen Seidman at 2:04 PM No comments:

Great gifts for kids and teens with disabilities: A little list of toys and cool stuff 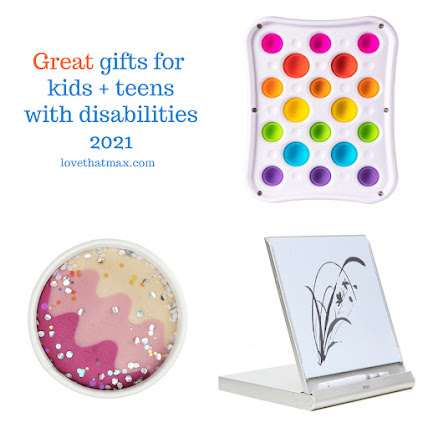 This year brings you a super-curated list of gifts that are great for children and teens with disabilities, recommended by kids, teens, therapists, Max and yours truly. Enjoy! 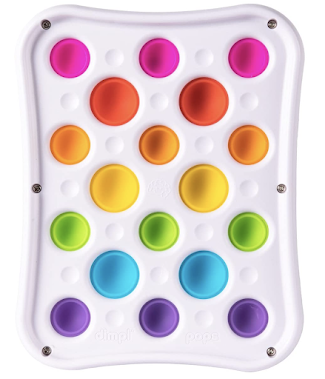 I mean, can you ever have enough pop-its? Nope. This one's quality-made, super-cute and oh-so-poppy. 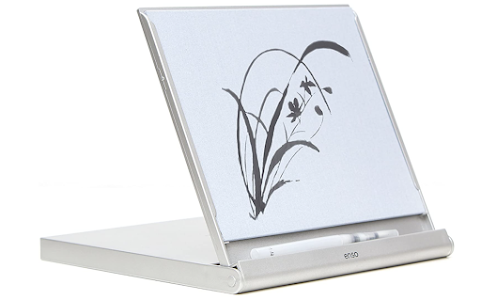 Buddha Board: portable water painting with a brush

Awesome for children and adults of all ages. You just fill the brush cap with water then doodle on the 10" x 10" board; the drawings fade as the water dries. 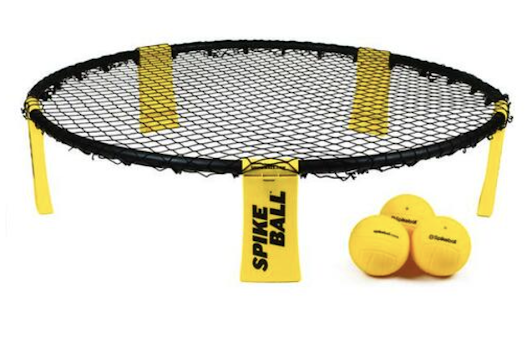 Whomp the ball against the net and it'll bounce satisfyingly high. It's meant for outdoors but we've used ours indoors. 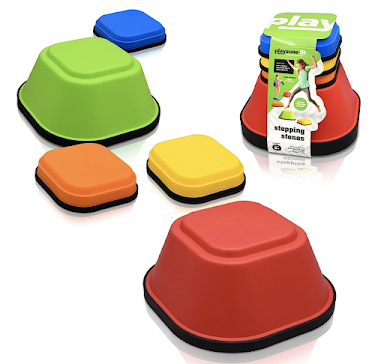 Kids can practice gross-motor skills and coordination, with an adult lending a hand. They can walk from step to step, jump or just walk around them.  There's also an obstacle trail version. 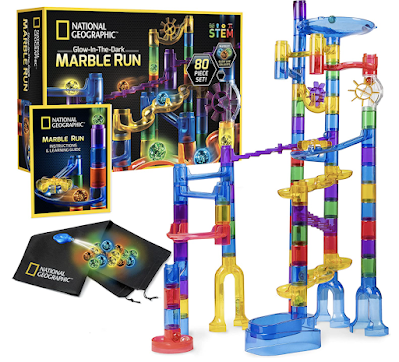 Marble runs are always cool, but this one's glow in the dark. Kids with fine-motor skill challenges may need a hand putting pieces together and shining the included UV light on the marbles to get them to light up. Hack for dropping marbles down the tubes: Insert a little plastic funnel at the opening, so children who tend to grab a bunch of marbles at once can drop them in. 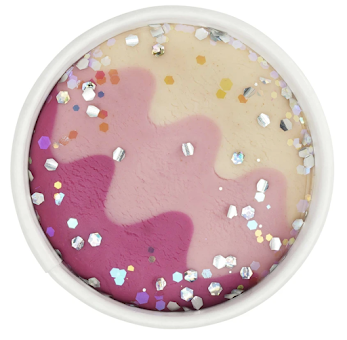 I'm a big fan of this new play dough—it's all naturally made of natural colors, organic essential oils and eco-friendly glitter. It air dries for sculpting. 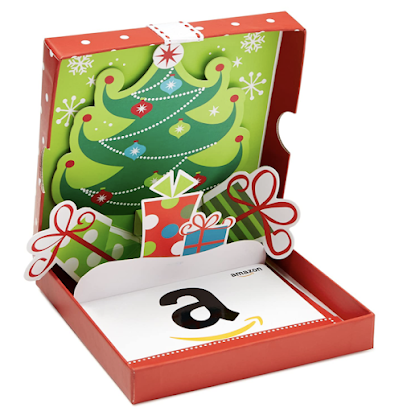 Max is getting a $50 gift card for the holidays, so he can choose his own darn present. He's also getting a gift card to his favorite restaurant.

A set of six discs that spin down a 16.5-inch-tall pole—inspiring for practicing fine-motor skills. It's sturdy and BPA-free. 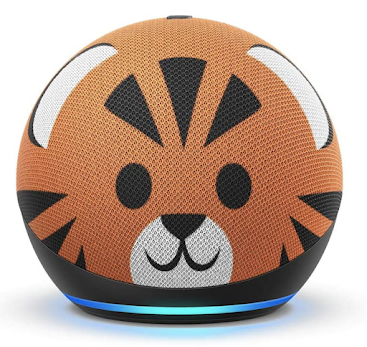 Encourages kids to use their words and make Alexa requests. For teens, there's always the sleek 4th generation Echo Dot. 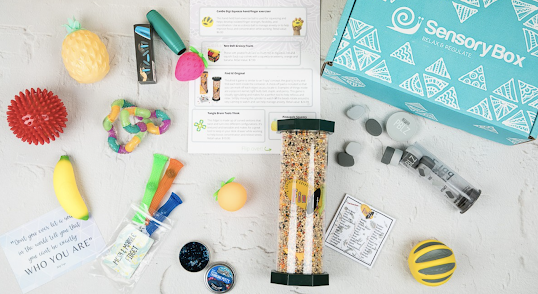 Created for teens and adults, this subscription service delivers a monthly box of sensory items selected by an occupational therapist. Starting at $70 for a quarterly plan: four boxes a year, one per season. 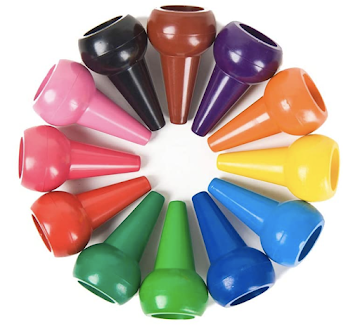 Cuties like these are easier to grasp than standard skinny crayons. 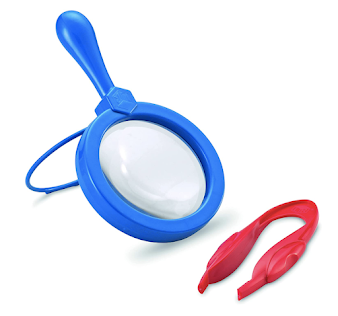 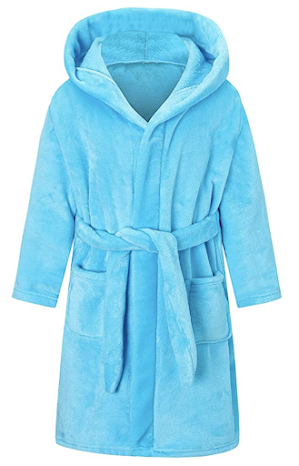 Grab a bathrobe—a solid soft kind for boys or for girls and for little kids, a unicorn one (my all-time fave!) or a dinosaur one. Pick up a patch that reflects your child's interests, then iron or sew it on. I got Max a Fire Department of Los Angeles patch, given his determination to move to L.A. 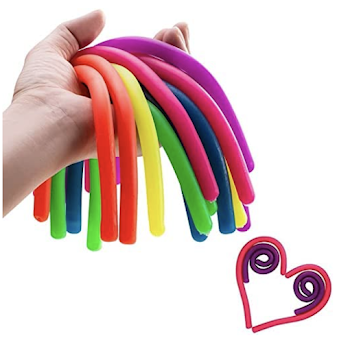 They stretch. They're rainbow colors. They're portable, so great for restaurants. Win, win, win! 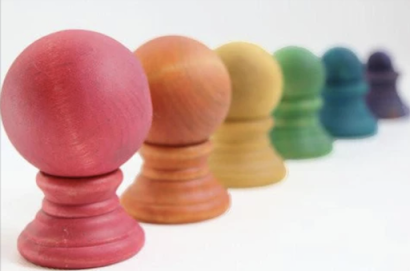 Balance Balls from Mama May I

Balance them, line them up, or just knock them down: these graspable balls are well made and engaging, from a company that hand-makes toys for play through sensory experiences. 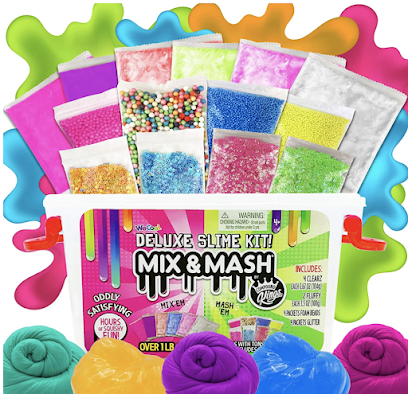 The slime trend doesn't seem to be going away anytime soon, so if you can't beat 'em.... This kit comes with a nice variety of mix-ins. 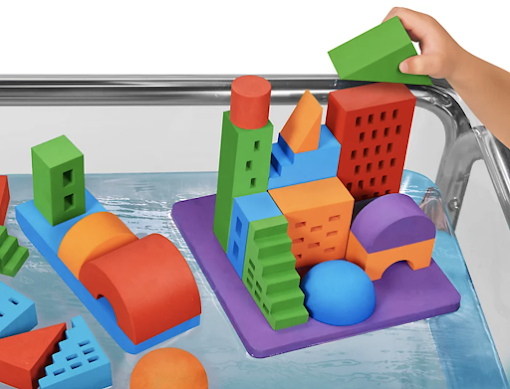 I love stuff from this company—it's consistently well made and engaging. These blocks stick to each other when wet, so it's easy for kids to build on them and practice fine-motor skills in the tub. I am also a fan of Blockaroo Magnetic Foam Building Blocks, which can also be used in the tub...and tossed into the dishwasher to clean! The Rocket Set, Speed Boat and Helicopter Set are more reasonably priced.

Adorbs slip-ons with rubber soles that can enable kids to independently slip them on. Available in Little Kid size (4 to 8 years old) and Big Kid size (8 to 12 years old).

And if you'd like to check out previous Love That Max gift guides...

This post contains some affiliate links.
Ellen Seidman at 7:00 AM 2 comments:

Like this: Stuff 6-year-olds say (as in, Max's little bro)

Click "Enter." Leave a comment if you want to say more. Go check out some great posts.
Ellen Seidman at 8:36 PM No comments:

Like this: Stuff 6-year-olds say (as in, Max's little bro)

Click "Enter." Leave a comment if you want to say more. Go check out some great posts.
Ellen Seidman at 9:49 PM No comments: 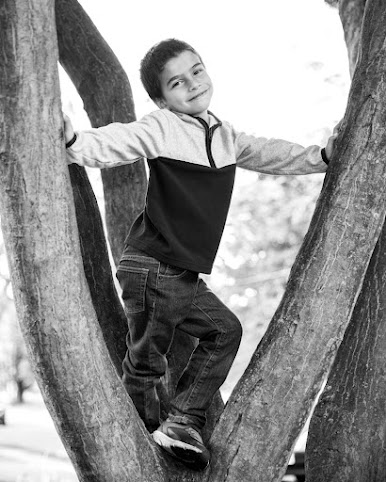 "Mommy were you here when there were dinosaurs?"

"What is the opposite of sink?"

"What is the opposite of poop?"

"Can I have a snack for dinner and not dinner?"

"Were rainbows here in the old days?" 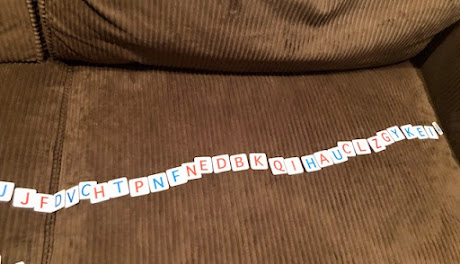 "I can't go to school today because I hurt my penis on the monkey bars."

"Is there a food named 'champagne?'"

"What happens if you minus a mile from 12 inches?"

"Why did you make me the youngest kid? I want to be the oldest! It's not fair!"

"How do you get to be a celebrity?"

"What is the opposite of stapler?"

"How many days is 6 thousand million minutes?"

Me: "Do you have to go to the bathroom? You're holding yourself." Ben: "It's just for fun."

"What is the opposite of God?"

The Disability Blogger Weekend Link-up is good to go

Like this: The one who didn't want anything to do with us on Halloween
Where it says "Your URL" put the direct link to the post. 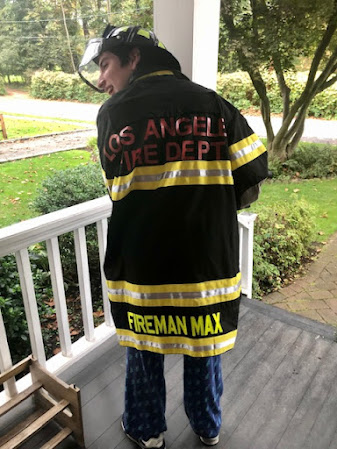 On Halloween, a neighbor sent out a text to a local Facebook group I'm in—she'd ordered a trick-or-treat bucket from Amazon only it was too small, did anyone have an extra? I did, and was happy to pay it forward. We had a big fuchsia bucket courtesy of another neighbor. Years ago, when Max was obsessed with purple, we were doing our thing on Halloween and he'd spotted the bucket at a neighbor's house, holding treats. Max wanted it and I'd ended up trading buckets with the guy.

This year, Max's getup was once again an authentic fire department jacket we'd been gifted from our local station years ago for his birthday—with a couple of changes. I had to cover up the name of our town with black fabric and double-sided tape, and add LAFD (Los Angeles Fire Department) in sticky letters. Because Max is hell bent on moving to L.A.

Ben was a Benosauraus, and Sabrina and a friend dressed up as SNL's Pete Davidson. 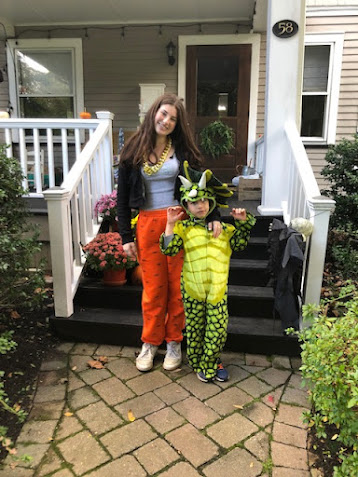 We started cruising for candy and Max kept walking ahead of us.

I wasn't going to let him get away so easily, mainly because a lot of people's homes in our areas have steps, and I wasn't sure how he'd navigate them. Max has no interest in candy whatsoever but enjoys the thrill of the hunt. Also, I wanted to enjoy the afternoon with him.

En route, we walked by a dad dressed as a firefighter wearing a Fire Chief helmet. Max gazed at it, enviously; his own helmet said "Captain" and Max wanted a promotion. He looked at the guy hopefully but, unlike the purple candy bucket dude, this guy was not up for a trade.

"I'll order a Fire Chief hat for you," I promised.

"Los Angeles!" Max said. As in, next year I'm planning to trick-or-treat in Los Angeles.

Later, we passed by another family and the mom stared at Max.

"Excuse me," she said, "but does he like to hang out across the street from the fire station?"

Max nodded enthusiastically. One of his favorite activities is walking to the fire department and standing on the street corner across from it. I've gotten messages from people who know him, asking if he was OK or lost. He's OK.

Later on, we were chilling on our front porch, basking in the chemical glow of the smoke machine and doling out candy. Max decided to take a bucket and go out on his own.

A good 45 minutes went by. Dusk was falling. Where was he? I texted. The answer, basically, was DOH. 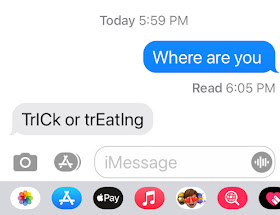 He came back with a bagful of candy and a giant grin on his face. Later, Ben and I went out for another lap and a number of people mentioned Max had been by; they'd walked down their steps and held out their bowls of candy.