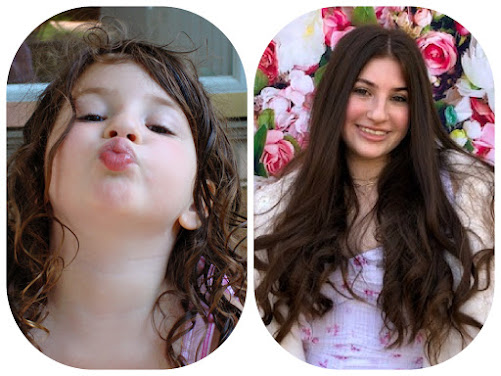 Sabrina turns sixteen this week and, once again, I don't understand how my children keep getting older even though I'm not. !!! More than anything, she wanted to see her friends in person—she's been learning remotely since September. And so, outdoors-in-the-freezing-cold-socially-distant-party it was on Sunday. And it couldn't have been more Sabrina.
Max decided he was having none of that girly hoopla and retreated to his grandparents' house. Could he have been a tad jealous? Lately, he has taken to chanting, "HA HA I'M EIGHTEEN! YOU'RE SIXTEEN!"
Sabrina wanted a pink theme. She has an amazing eye for design, and picked out a gorgeous flowery backdrop for photos and pretty vintage-y paper goods on Amazon. She asked for pink rock candy and pink M&Ms. The rest was up to me, and I was determined to give her the great time she deserved.
I crowdsourced on Facebook and found Doughnut Evolution, a gourmet donut company that would set up a tent on our driveway and dole out deliciousness.

An amazing local mom who runs Purple Door Designs with her mother generously offered to customize throws for the girls. (Mallary, there aren't enough thanks in the world for that.)
We have a firepit. One neighbor lent me another. A different neighbor dropped off a heater to keep on our deck.
Dave ordered a sushi platter (Sabrina's favorite food) and pizza.
The M&Ms never arrived, but happily it's Valentine season and Saturday night I ordered bags of Valentine M&Ms for curbside pickup at Target, then spent a half hour picking out the red ones to stick with her pink theme. That's love. 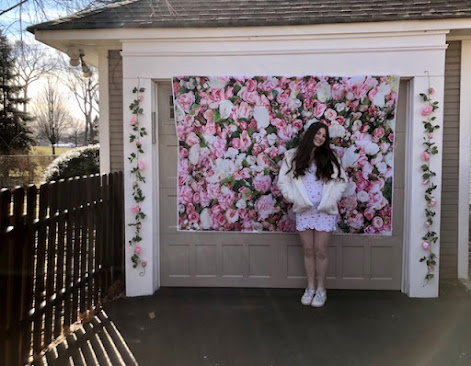 She WAS going to wear her pretty little summery dress and who was I to tell her any differently? (Eventually she put on a pair of fleece pants.) 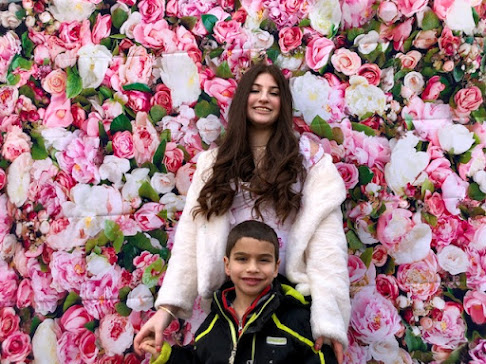 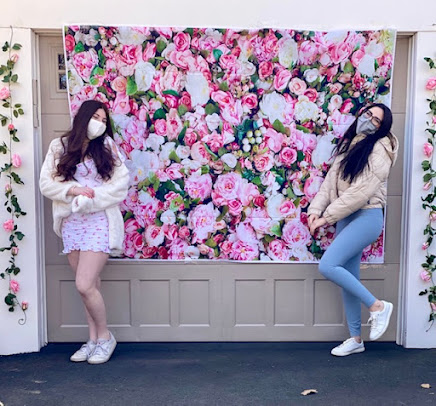 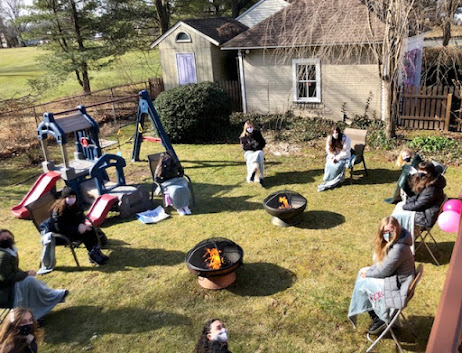 Six feet apart, but totally together 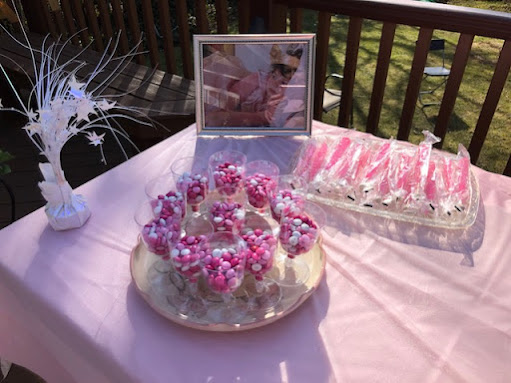 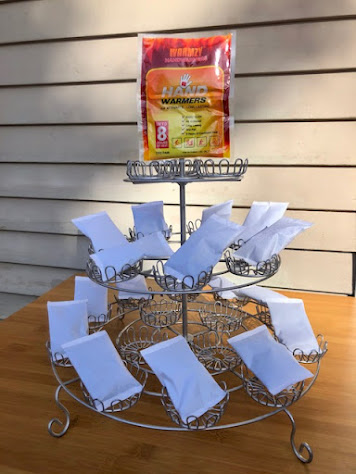 Hand warmers in a cupcake stand: what a treat. 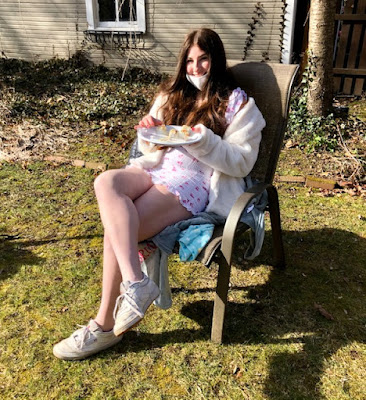 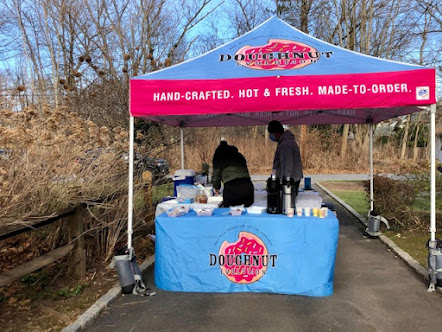 Maybe the most beautiful driveway sight I have ever seen 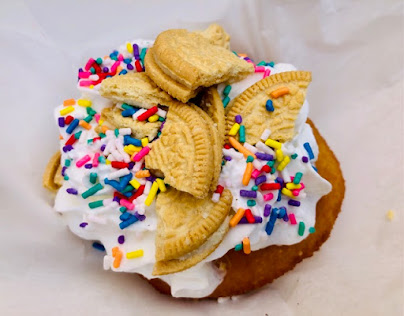 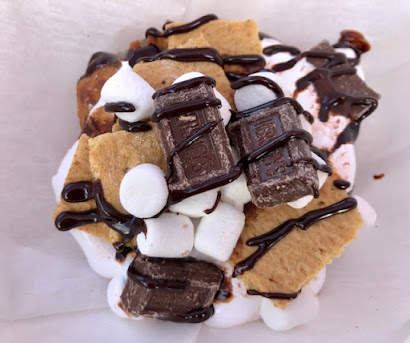 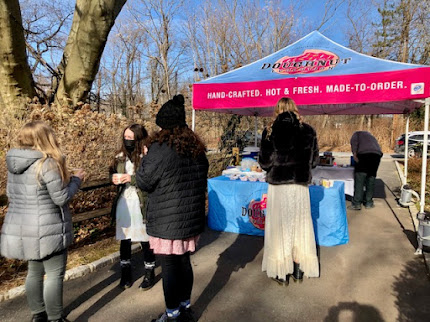 Chef Dave made the donuts in a Krups fryer and his helper, Ella, put on the toppings. To sweeten the deal, there was hot cocoa, too. I still haven't come down from my sugar high. 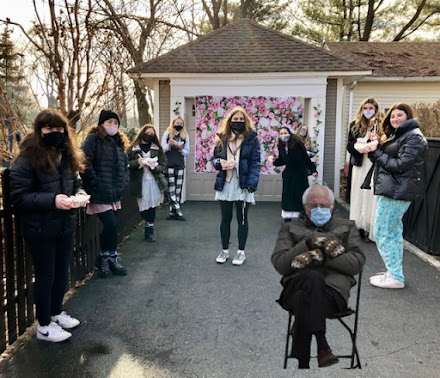 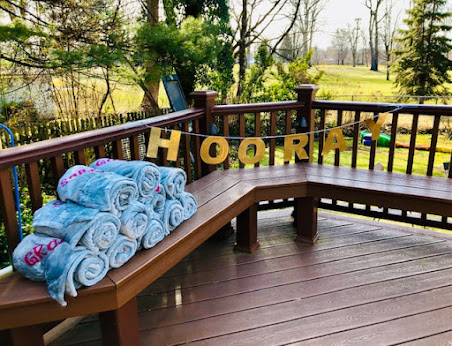 I thought it went really well. But I knew it when Sabrina gave me a heartfelt thanks, and grinned for the rest of the day. Which made me really, really happy. WIN.
Ellen Seidman at 12:53 PM