Parents of children with disabilities love them unconditionally: Why don't people get it? 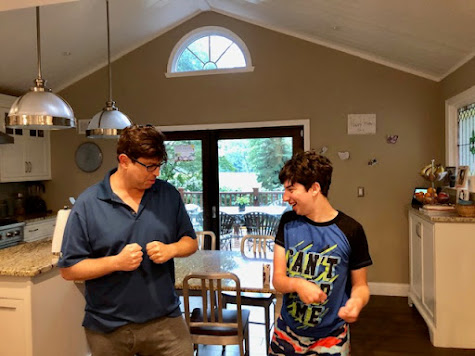 It happened again this weekend, when Max and Dave were having ice-cream outside a store. Max eats well enough on his own but there was no table available and Max can't hold a cup and eat at the same time, so Dave ended up spooning soft-serve into his mouth. A man passing by on the street stopped and said to Dave, "Bless you." He proceeded to explain that he had two daughters, and that he was so impressed by what Dave was doing. Dave said he had tears in his eyes.

"He's a perfectly happy person," Dave said. "You can talk with him, if he wants to!" Max introduced himself as Fireman Max. They exchanged some pleasantries and the man kept walking. I'll bet he would have been seriously stunned if Dave and Max started suddenly karate-chopping each other, as they like to do.

These incidents are disturbing, both because Max may soon well understand that he is being flat-out pitied and because it's painful when people expose their dated perceptions of people with disabilities. Parents of children and teens disabilities may definitely have a lot more needs to tend to then other parents do. I understand that it may be startling to see a father feeding a young man. But this is what we parents do: We nurture, enable and generally help out children of all ages and all abilities.

These are our children.

We are their parents.

This kind of thinking further alienates our children from the rest of society, the age-old concept that children with disabilities aren't as lovable as others because they are "damaged" or "defective"—and that the parents who care for them are therefore super-parents and inspirations.

It seeps into culture in many ways. Over the weekend, I watched Trump nominate Amy Coney Barrett to be a Supreme Court justice. As he discussed her children, he noted that her "incredible bond" with her youngest—who has Down syndrome—"is a true inspiration." But why is her bond with him any more admirable than her connection with her other children? Just how did Trump assess that their bond is exceptional? Again, it's that dated and wholly untrue perception that a child with disabilities is less desirable, and therefore a parent's devotion to him is awe-inspiring.

For sure, there are days when I am wowed by what Dave and I accomplish as parents, period. Dave is an incredibly devoted father to all three of our children. And he does his best to take care of all of them, in the ways that each one of them needs. Sometimes our efforts for Max are especially noticeable to others. Sometimes, they are not visible. Nobody would ever know, for instance, that Dave can regularly be found sitting on our couch every evening with a tired Ben. "Rub my feet!" Ben will command, as he's done since he was two, and Dave obliges as Ben sucks his thumb and chills out.