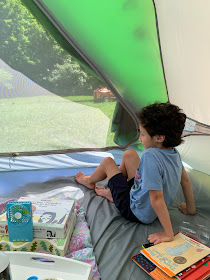 This guest post is by Jane Kim. A writer and mom of an eight-year-old with autism, she works in the field of immigration and lives with her family in the Philadelphia suburbs.

When I was younger, there were things I believed would happen when I became an adult. My house would be organized (nope). Dinner would never look like this (it does). 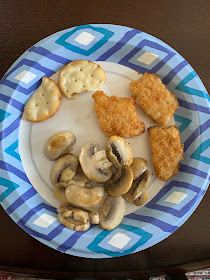 My salary would be 25% more than what it is. My child would play Chopin, be witty and kind, and be a formidable tennis opponent by thirteen (nope, yes and yes, not yet.)

No one tells you you’ll be OK even if things don’t happen as you envision them. And that you’ll likely be even better than OK.

Our kids are our lives, so it’s often hard not to let go of our expectations of what they should do, how they should act, who they should become. While all parents grapple with this, it can be more difficult for parents of children with disabilities, because challenges and limitations often present themselves earlier than in typically developing children. When I first received my son’s ASD diagnosis, it was a scary and lonely time and the future was bleak. With time and support, I was able to reframe my mindset and focus more quickly on what was working, rather than what wasn’t working. I’ve developed the capacity to adapt more quickly over the years, and this has had the biggest impact on my ability to get out of my own way.

Don’t get me wrong: It can be easy to wallow in self-defeating behavior. The hard part is identifying those triggers that set you off. When it comes to my relationship with my son, the following adages have helped me be a better mom and human.

There isn’t only one “right” way.
My son’s class was celebrating Valentine’s Day, and his teacher informed the parents that the kids could bring in Valentine’s cards for their classmates, to have a party and card exchange. Remember those brightly decorated paper bags with your name on it? And how excited you were as a kid to receive and exchange cards? 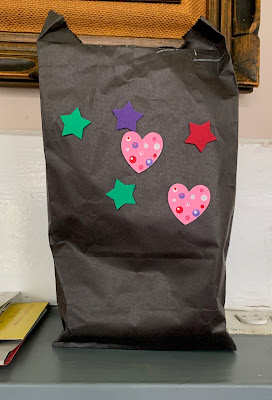 I certainly do! I loved reading the heartfelt messages and seeing whether candy, stickers or a toy were attached to the cards. But when I saw the email from his teacher, I became anxious.  My son struggles with writing – specifically, the motor planning piece of it – and I envisioned us sitting down for what  should be a fun relaxing activity ending with one – or both of us – in tears. Instead of him writing all 20+ names on the cards, we decided he would write his own name, type the names of his classmates, and then cut and paste thm onto the card. Voila.  A great time had by both, with some adjustments.

It’s easy to worry about the things your child can’t do. We tend to focus on the “nots,” rather than on all the amazing stuff they can do. When my son was younger and playdates were nonexistent, I couldn’t imagine the day he would have a buddy, much less more than one.  But that day has already come. I couldn’t imagine him telling a joke or being sarcastic, some of the subtleties that come with more nuanced communication. But just the other day, I heard him giggling in the kitchen after asking Alexa to make fart sounds. However, I still worry every…single…day. I worry about him because he struggles with zipping his coat, and for some time, this goal has been on his IEP. Then I think about how he introduced a school play, how he can walk home from the bus stop, how he orders food at restaurants (and at the Starbucks drive-thru) and I think about what’s more important, in the big picture. I’ve learned that training yourself to recognize when you are going down the rabbit hole is key to both you and your child’s well-being.
When nothing goes as expected, remember to be kind to yourself.

Maybe you took your child to mini golf and she refused to play more than one hole. 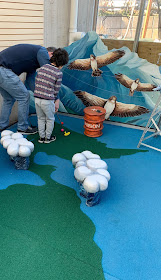 Or perhaps he spent most of the dinner at your friend’s house going from room to room turning the ceiling fans on and off. Maybe you went to the movies and the only way she would sit through it was if there was an endless supply of pretzel bites and you massaged her arm while she ate it. When nothing goes as planned, we tend to blame ourselves. It took me many years to develop the ability to pause, remind myself my intentions were good (which is what ultimately matters) and give myself a break. Calling a friend, a brisk walk, listening to a podcast, relaxing with a face mask – all do wonders for rejuvenation.

When I was growing up, my mom stressed the importance of this often, and it left an impact. When your child has a disability, these four words can save you time, money, disappointment and frustration. You’ve likely experienced one or two of these scenarios: Your boss or employer says they understand your need for more flexibility, but your schedule remains the same. The board certified behavior analyst, the person in charge of supervising the people providing ABA to your child, keeps insisting she will add new goals and social activities to his or her programming, but never does. Rather than resenting them for the things you wish they would do, adopt a more proactive role and take steps toward the change you would like to happen. For example, propose a workable schedule to your boss and ask her if she would consider a trial period. Have a candid conversation with your ABA team. Share with them some of the challenges your child faces, and how new goals and activities can address these challenges. Your input as a parent is the most valuable, and your ABA team should recognize that.

Resist the urge to be defensive and accept constructive feedback.

I know the areas in which my son struggles, and I know those in which he shines – but it’s still hard to hear about your child’s challenges from others. This year, we’re trying to figure out whether his public school is the best fit for him. There have been ups and downs. A few weeks into the school year, we discovered he wasn’t being given the opportunity to walk to the classroom independently after getting off the bus. There have also been pleasant surprises, like the time I was the guest reader, and was running late. When I walked into the classroom, he was excitedly reading to the class, unfazed by the empty chair next to him.

Over the years, I’ve tried to take in information about my son with an unbiased ear. It’s hard and it takes practice. When I get constructive feedback that I may not agree with, or find myself getting defensive, I try to wait at least 24 hours to digest the information before responding. I’ve found that a new day can bring a new perspective – in addition to sparing you from regret! If it still doesn’t sit well, I’m lucky to have a couple trusted people in my life offer their perspectives, which broadens my own. Having them as a sounding board has been incredibly helpful.

Jane Kim can be found on Twitter @JKimRites.
Ellen Seidman at 8:38 AM