That time he pranked the speech therapist and it was awesome 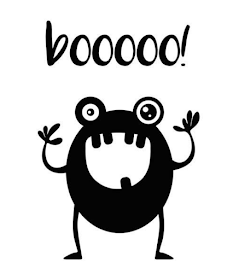 For the record: I AM NOT RECOMMENDING THAT YOUR CHILD TRY THIS AT HOME.

Because therapists, I respect and adore you. But even you might have to admit this was good.

It all started Halloween night. Sabrina was out with her friends and Dave, me, Max and Ben roamed our neighborhood, scavenging treats and chatting with neighbors (that's one of my favorite parts, along with all the cute kids and the peanut butter cups). Gigantic dinosaurs seemed to be the trending costume, and Max took to shouting "BOO!" every time he spotted a kid in one.

Seems like he still had that in his system at his standing speech therapy session on Saturday morning. He was in an unusually good mood, his longtime therapist had observed (she has known him since he was about three years old). Max decided they'd sit in the kitchen, and I was at the sink doing dishes.

Jeri started by having Max chomp down on bite blocks, to help loosen up his jaw so she could elicit better sounds. I heard him say the most awesome "c" for "cake," a consonant he is capable of but really has to focus to say, and I cheered.

Then they started talking about Halloween. All of a sudden, Max shouted "BOOOOOO!" and Jeri jumped out of her seat.

I couldn't help it: I cracked up. And I could not stop.

(See: I AM NOT RECOMMENDING THAT YOUR CHILD TRY THIS AT HOME.)

Luckily, Jeri has a good sense of humor.

"Max, you scared me!" she said, laughing.

"Hey, Max, I think that's enough scaring!" I said, and he grinned wickedly.

Sometimes, Max get difficult about doing therapy. I don't blame him. He's been in speech, physical and occupational therapy for his entire life, and while the therapists are great at engaging him (lately, they talk about his wish to move to California) and he's typically good humored, he's just not always in the mood. Because: he's human! But man, he was in a mood this weekend.

File under: Stuff you never considered your child wasn't doing (pranking someone) and then they do it and you are all, wow.