The missed milestone that nobody actually missed 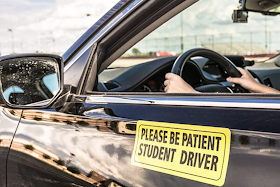 For months now, I've been dreading the day when friends with children who are Max's age start looking at colleges. I've figured that it will gnaw at my heart because I'll be reminded that I don't have a boy who is going to apply to the colleges that these teens are, if at all. Max can stay in his school until he is 21; they have a good job training program.

I don't much ache anymore about peer stuff that Max isn't part of, because Max is Max and I accept and adore him for who he is. College is not out of the question. I recently found out about Think College, a national nonprofit dedicated to improving college options for people with intellectual disability. Still, Max will be taking a different path than most of my friends' children. While I no longer do the comparing thing—a special form of parent torture—college is a major milestone, one that could bring on the why-isn't-he-doing-that distress of his early years.

I don't need that. Max doesn't deserve that.

Then yesterday, I realized I'd totally forgotten about another big-deal teen milestone, and wondered if maybe the lack of a college hunt won't upset me like I'd thought it could. I was browsing my local mom's group Facebook page, and saw that someone was asking about a driving school for her teen. OHHHH. DRIVING. This is the age when teens start taking lessons. But the twinge of sadness I'd expected never came. I felt nothing.

Although Max went through a phase in which he liked to sit in our car in the driveway and pretend to drive, he's never expressed an interest in doing the real thing. A few years ago, we had a conversation about it  and he told me that he didn't want to drive because he was afraid he'd crash. Watching videos of people with cerebral palsy driving adapted cars did not persuade him.


I checked in with him again, armed with a recent article about a 22-year-old Australian with cerebral palsy who is a professional truck driver—and his name is Max.

My Max enjoyed the video. He expressed interest in driving a moving truck to California, where he'd like to move. I explained that he he'd need lessons to know how to drive, and that lots of teens went to driving school and practiced with their parents. Did he want to learn?

"No, thank you!" he said. That boy knows he can rent a moving truck.

So, Max didn't care about missing a milestone. And I didn't care, either.

Max has his own dreams for the future. His plans of moving to California include the University of Southern California, because he likes the way the buildings look. And because it's in Los Angeles. USC doesn't yet seem to have programming for people with intellectual disability, but who knows, maybe they will. Or another college in CA could work out, even after he completes the program at his school—if that's what works best and is what he wants.

When Max was a little kid, I assumed I'd always be the one to take care of him and show him the way. But now, Max shows us the way. He is an opinionated teen (is there any other kind?!) with a whole lot of determination. He knows what he wants and what makes him happy. He doesn't feel he's missing out on stuff in life (well, other than a mansion in Beverly Hills). He doesn't care that he's not driving. He won't care that he won't be doing the college rounds with his parents. And if I can just keep that in my heart and head, neither will I.
Ellen Seidman at 11:07 AM