Advocating for yourself comes in pill-size form 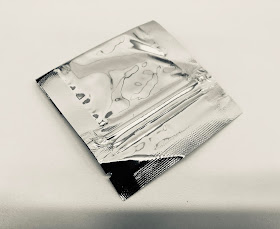 For as long as I can remember, Max has been taking a powdered form of medication, Trileptal, to prevent seizures. We order it from a compounding pharmacy, and it arrives in little silver packets that we tear open and sprinkle into chocolate pudding, yogurt, applesauce or even meatloaf and mix in. I have tried the stuff (if Max was downing it, I needed to know what it was like) and it is bitter. Less so when masked by food, but there is a distinctive icky taste.

Max had to go on antibiotics this week for a bronchial infection, and the doctor prescribed it in pill form. Dave took him to the doctor. "She said he was too old for liquid," he told me when he came back home. Age-wise that might be true but in terms of Max's abilities to chew and swallow, he is younger than his years. Before I could get up in arms about it, though, Max downed one of the tablets in a big tablespoon of chocolate pudding. And then he did it for a couple more doses.

"See? It's easy!" he said, as he likes to say about lots of stuff because: TEEN.

Then he walked over the to the cabinet, flung open the door and pointed to the silver packets.

"Ewww!" he said. Then he pointed to his bottle of antibiotics.

"You want to take that medication like a pill, too?" I asked.

This was major. Max had never had a  opinion before on his medication, even though it was certainly not tasty. But here he was, saying he wished to have it another way.

As long as the pill's aren't too gigantic, I think he can handle it. At least with a tablet, I'll know that he is getting all of his meds. When we put the powder into some chocolate pudding and he decides he doesn't want to finish it, the Battle of The Pudding ensues.

Perhaps it's hard to believe that I am grateful to have such an opinionated teen. But man, I'm grateful. I'm always ready to advocate for Max and make sure he's living the life he wants and deserves, but ultimately I want Max to advocate for himself in all ways, big and small.
Ellen Seidman at 10:59 AM