A braille deck of UNO cards, words to live by from a Paralympian and other good stuff 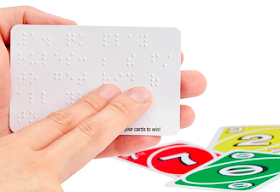 UNO and National Federation of the Blind  have teamed up to create the game in braille; it's sold at Target.

Riley Saban, an Australian teen with cerebral palsy, and his dad have designed a device to enable him to participate in sports. It's a back brace that attaches to a vest to support the spine, core and neck, and it's let Riley sit upright on a paddleboard, swim and drive a go-kart with friends. The prototype is in development, and the father-son duo hope their startup, Polyspine, goes global. Me, too.

Google's trying to make smartphones easier to use for people with intellectual disability, reports DisabilityScoop. A function that relies on Google Assistant called Action Blocks, currently in testing, lets users do stuff on their phone with a single icon—book a ride from Uber, control lights, watch a TV show—instead of dealing with a series of steps. 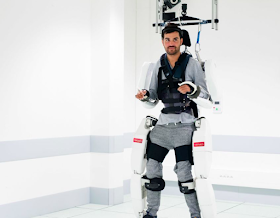 And man paralyzed from the shoulders down after falling off a balcony has been able to walk using a brain-controlled robotic suit, reports CNN. Electrodes implanted his head gathered brain signals and transmitted them to a decoding algorithm, which would then translate them into movement and command a robotic exoskeleton to move. Over the course of two years, as part of a study, this man trained the algorithm to perceive his thoughts by having an avatar in a video game touch 2D and 3D objects. It sounds like it's straight out of a sci-fi movie but it's real life, and yet more proof that technology will transform our children's lives.

And last, words to live by from Paralympian Tatyana McFadden: 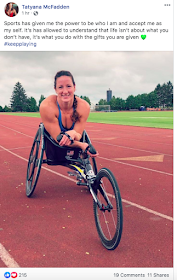