Give your child a better future on your next bathroom break 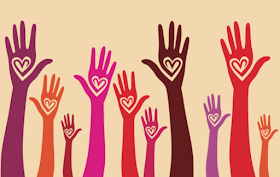 I know: Our to-do lists are long. There are never enough hours in the day. We actually need sleep. But there's some big-deal government funding stuff happening that will affect the future of children and adults with disabilities. So here's what you can do: Take the only me-time you can guarantee will happen during the day—bathroom breaks!—and reach out to your reps and voice your concern. Yep, I'm talking potty advocacy. There's even a bot that will basically do it for you, more on that in a bit.

First, what's going on: You've probably read all about the the recent proposed cuts to Medicaid and other programs that would affect people with disabilities including independent living programs, respite care and assistive-technology programs. (Here's a good summary.) In yesterday's New York Times Opinion piece by Tom Ridge, chairman of the National Organization on Disability, he waved a red flag about how the cuts would impact people with disabilities seeking employment, already an uphill battle. The entire Office of Disability Employment Policy is at risk of getting shut down, a federal agency that has been key for paving the work road for people with disabilities.

In more hopeful news, there's a new bill that would, over time, increase funding for educating students with disabilities. It's called the IDEA (Individuals with Disabilities Education Act) Full Funding Act, and it calls for gradual hikes in federal funding for special education. The government would shoulder 40 percent of the costs, beginning in fiscal year 2029. When IDEA was passed in 1975, Congress was supposed to fork up for 40 percent of the costs to make it happen—but in reality, they only pay 14.7% of it.

Rep. Jared Huffman, D-California, introduced the measure. As he said, "Because the federal government has failed to honor its IDEA funding promise, K-12 schools and school districts throughout America have been forced to pay more than their fair share. That means less funding for everything from teacher pay to class size to affording music, art and physical education classes." The bill needs more cosponsors. Here's who's on the list; if you don't see your rep listed, reach out to them.

It genuinely only takes a couple of minutes to contact your rep. One easy way: resistbot. You text "resist" to 50409 on text, Messenger or Twitter and it will quickly find your local reps, let you write a message and zap it to them. It will also put through a call. Here's the one I sent to my reps morning...on a bathroom break.

Hello. I have a child with disabilities whose future is imperiled by the proposed cuts to Medicare and other programs and services for people with disabilities. Please urge President Trump to restore funding. And sign up as a cosponsor for the IDEA Full Funding Act, which will help fund special education.

There. I was done before anyone could bang on the door and ask where their sneakers were or tell me they needed a snack.
Ellen Seidman at 8:50 AM