What not to see in London and have a great time 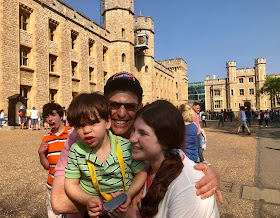 When in London, you have to see the changing of the guard at Buckingham Palace. And check out the amazing museums—the Victoria and Albert, The Tate, the National Portrait Gallery and, oh, The Churchill War Rooms at The Imperial War Museum are fantastic. And do not miss the Harry Potter Studio tour and Platform 9 3/4 at the King's Cross Station tube stop! Or Hyde Park! And of course, you have got to see Abbey Road.

This is all excellent advice. Unless you are our family and despite all your plans and excellent input from a lovely woman who lives there (thanks again, Tamar!) the reality turns out to be this: nobody except you wants to go to museums or have anything to do with Harry Potter stuff. And as you drive by Buckingham Palace one morning and see the throngs of people, you realize there is no way your child with sensory issues, who also doesn't do very well standing around, is going to deal with that. Said child isn't much into charming markets, either.


Meanwhile, you neglected to plan for the fact that it takes longer to get between spots than is typical because your family has to stand in the middle of the street and argue about where to go next or what to eat, one child walks increasingly more slowly as the day goes on and another must stop whenever there is a map and tell you how to get where you are going and how long it will take even though he has no idea. 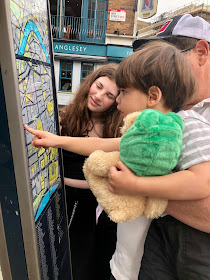 And oopsie, you planned to check out the Houses of Parliament on the day they are closed for Easter Monday. Not that it matters, cause everyone would have been against it. Which is exactly why you also bail on Westminster Abbey.

So what do you do?

Decide to kinda sorta follow your plans and go with the flow. Which is pretty much the best advice for all things in life.

On your first day, you do tourism lite and check out a city garden. You down fish and chips at Poppies and attempt to explore Old Spitalfields Market except one of you isn't having it but then all is saved because lo and behold there is an ice-cream truck and one of you decides it is THE best ice-cream truck in the history of ice-cream trucks and you must return to it! 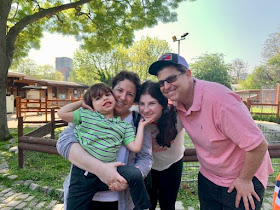 You take a gamble and decide you're going to the Tower of London, and while one child chooses to screech throughout most of the tour then informs a guard that you deserve to be in jail, a couple of you enjoy tales of the prisoners and one very botched execution by a drunk butcher. 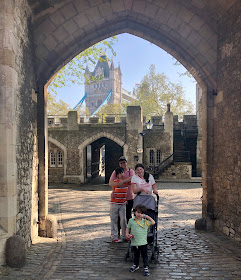 Then you do an unplanned walk over The Tower Bridge as one of you sings "London Bridge is falling down" most of the way. And the next day you spend a couple of hours at Hamleys Toy Store and chill with the pirate outside. 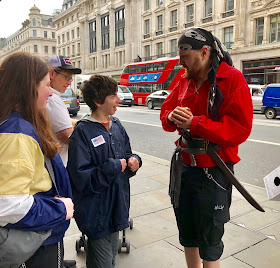 Three of you visit the The Museum of Natural History (and one grudgingly agrees it's pretty cool, after all) and the London Transport Museum and the wondrous Borough Market food hall, as the other two roam around. 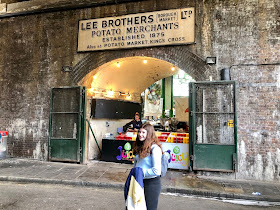 And you do the double decker tourist bus tour and W-I-N—everyone really loves it. And the river cruise: W-I-N  W-I-N! And the zoo: OMGeeeeee EVERYONE WAS INTO IT! 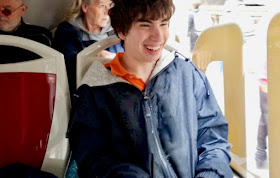 One morning, you have breakfast at a cafe that serves only cereal (the Cereal Killer Cafe) and everyone likes that, too. 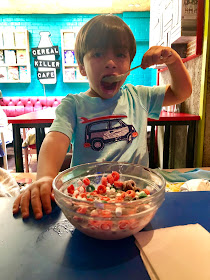 Another time, you have breakfast at a really cute cafe and one of you decides to sit at a separate table and hey, whatever.  During a lunch adventure, you take your family to an Indian restaurant (Dishoom) but don't tell the kids what kind of food it is so they can't whine about it and shockingly they all like it.

As you wander around on another day, you come upon the Horse Guards, an 18th-century building that houses the barracks and stables for a unit of the cavalry. Turns out they, too, have a changing of the guard which is slightly less of a scene than Buckingham Palace's but still a scene so, nope. But there's a real, live guard on watch. And by some miracle, you persuade two of your brood to check out The Household Cavalry Museum and the lady staffer only chides one of you for playing with a helmet. 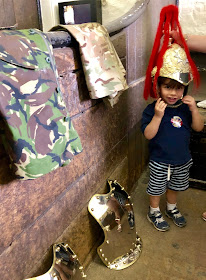 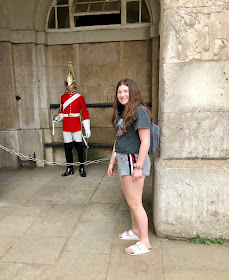 En route to the London Zoo, you discover Regent's Canal. Everyone actually enjoys both and wowee, you are on a roll! 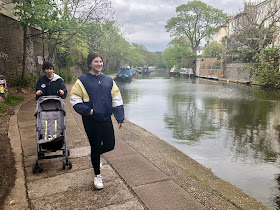 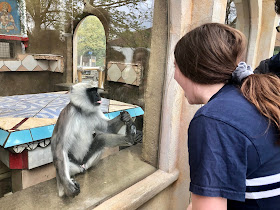 One night, four of you head to see School of Rock (happily, a friend has a daughter studying in London who babysits your little guy) and despite one child insisting he isn't into it, could he see it again the next night? Please? 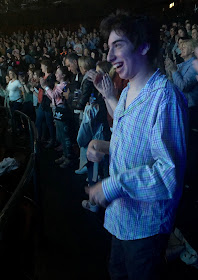 On another unplanned expedition, you happen upon Kensington Palace and discover The Sunken Garden, a favorite of Princess Diana. It is so gorgeous it almost doesn't seem real. Why can't you have a sunken garden in your own backyard? Ah, the indignities of life as a commoner. 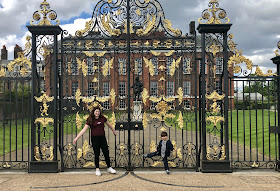 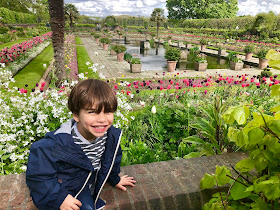 Of course, there are fire stations to be visited and new firefighter friends to make (shout out to the Soho Fire Station). 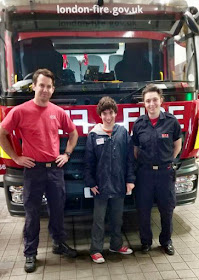 Then one of you takes your daughter to tea at Sketch and to check out Liberty London as your amazing partner does a second round on the double decker tour bus and for that, you owe him big-time. 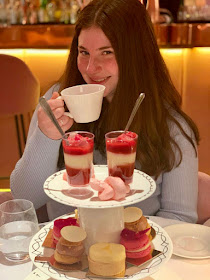 And you meander through the streets near your Airbnb and explore the supermarket and sigh at the elegant Georgian architecture (well, one of you does) and drink hard cider (two of us) and eat yet more fish and chips and ride the tube (when exactly did that voice stop saying "mind the gap"?!) and watch Netflix movies at night and never cease to be delighted by the old phone booths. 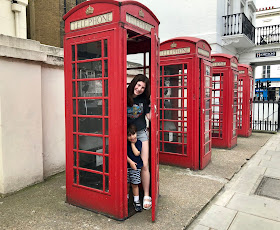 And so things didn't go exactly as you thought they would but you, of all people, should know that they still can turn out pretty great. And that's just the way it was. You ended up seeing a whole lot, and everyone enjoyed themselves in their own way. And so what if the only souvenir one of you wanted was a tote bag that says, "Los Angeles, California."