We are our children's biggest champions 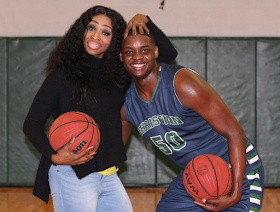 A major score for people with disability recently happened: an 18-year-old with autism, Kalin Bennett, was recruited for Kent State University's basketball team. He is the first student-athlete with autism to play a team sport at the NCAA Division 1 level, reports Cleveland.com. Kalin is from Little Rock, Arkansas, and this summer he'll be moving to Kent, Ohio and enrolling. His mom, Sonja Kalin, will be coming along, too, for emotional support.

This is remarkable not because Kalin is a gifted athlete who was also recruited by several other colleges; it is a given that people with disabilities have a gamut of abilities, same as we all do, although not everyone understands that. It is wondrous because the school was open to recruiting him and has programs in place to help students with autism and disabilities thrive in college. And it is a win that parents everywhere can relate to because, after all, we are our children's best champions. They have the competency, capabilities and talent, yet it is up to moms and dads to make sure our children get into programs they need to help those skills blossom, even if we have to fight tooth and nail—and to make sure the world at large sees our children's wonders.


"I have a great support system...I have a really strong mother," Kalin says in this video. "When I was younger I didn't talk till I was seven years old. She just kept pushing and pushing, and she kept bringing me more closer to other people. She just made me a better person, her and my dad, very hard working people still to this day."

Kalin is currently in a gap-year program at Link Year Prep to help prepare himself to be independent in college. He has plans to be a pro player and to to use his platform to inspire youth with and without disabilities and show them that they, too, can have slam-dunk success.

When I read about achievements like Kalin's, I'm both happy and hopeful that the single door that's been opened will lead to more. But I also feel motherly pride and cosmically feel the parent's joy. Sonja and her ex-husband spent years getting a correct diagnosis for Kalin, then enabled him to work with his challenges and thrive. While I don't know exactly what it took for Kalin to get to this place, I am sure that it involved a whole lot of blood, sweat and tears on everyone's part.

There are many naysayers out there who don't get that youth with disabilities can still have a whole lot of potential. Sonja tells of a therapist who once predicted Kalin would never speak, sit or walk. He found out about her because, she says, "I showed him his [medical] file. I wanted him to read this book of files so he would know how he needs to always keep fighting." When Kalin met up with her he said, "I hope you haven't told anybody else because you could ruin their lives."

We've all have had those people in our lives. For us, there were the doctors at the NICU who only gave us the worst predictions about Max and the neonatologist we visited when he was 3 months old who said his future looked "ominous" (YES, HE USED THAT WORD). There were the programs that tried to shut Max out, the babysitting service who refused to accommodate him, the speech therapist who declared that Max didn't have that much more progress to make. We have prodded, pushed, insisted, steamrolled and have been generally relentless. This is what you do when you are the parent of a child with disabilities.

To be sure, the village we rely on to raise our children—family, doctors, teachers, therapists, specialists, caregivers, nurses—can be amazing champions for our children. But it starts and continues with us. Our children need us to be their best coaches and cheerleaders. As I sat in the social worker's office at the hospital sixteen years ago, railing about how bleak the NICU doctors were being about my newborn and demanding that they tell me something positive I said, "If I don't have hope for my son, who will?" And she said, "I can tell you're going to be a great champion for your son." And, damn, she was right. And, damn, I'm sure every one of you are.

As we grow into our roles of being the parents of a child with disabilities, our belief in their awesomeness grows as well. We enable our children to believe in themselves—and ultimately be their own champions. And along the way, we make others believe in them, too. 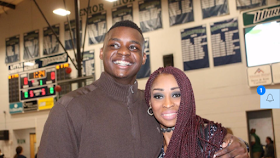