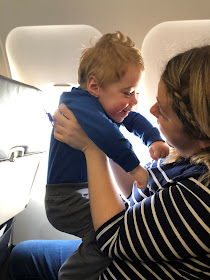 This guest post is by Brooke B., mom to two-year-old Nicholas. Brooke adopted Nick in 2016 as an infant. Several months later, after he started missing milestones and his muscles tightened up, it was revealed that Nick had a stroke during his birth mother’s pregnancy; as a result, his brain had malformations. Nick was eventually diagnosed with cerebral palsy, epilepsy and cortical visual impairment. Brooke describes her son as “beautiful, soulful and very engaged with his caregivers.”

The family is in need of an adaptive van, so Brooke decided to do a GoFundMe campaign. Along the way, she picked up some good tips about raising funds, and wanted to share them with the community (and do more fundraising, while she's at it).

It took my son longer to smile than most babies but when he got the hang of it, he already had two beautiful front teeth to show the world. His gap-toothed grin is one of the most brilliant things I have ever seen. The sight of his smile is only eclipsed by the sound of his disarming giggle.

My husband and I want to expose our happy boy to as much of life as possible. But driving in our small SUV is hard, because we need to take Nick in and out of a traditional car seat without him being able to move his body. This poses a safety hazard for us all. Our car situation also makes transport to medical appointments challenging. 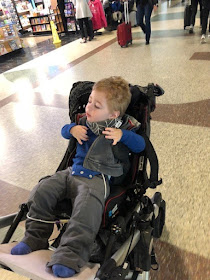 A few weeks ago, with large expenses like additional caregivers and adapting our home looming, we decided to take a leap and build a GoFundMe page to raise $35,000 for an adaptive van. This wasn’t an easy decision—it’s hard to ask for help, let alone so publicly. But people on Nick’s medical and therapy team had encouraged us to do so. We couldn’t do it without help.

We’d heard of people using the site, and it seemed credible. I never imagined what we’d learn along the way. Some of the key things:

It’s important to decide ahead of time how much info you want to share.

We haven't told our story in any public forums before now. We hadn’t even shared it with family members, let alone colleagues. We made a conscious decision that it was for the greater good for our son and our family to tell his story in order to get support we desperately need.

We have not posted Nick’s full name. While it’s OK to not use real names at all or to only reveal certain details, we decided that it felt the most authentic for us to tell most of the story, and to allow people to relate to us at a highly personal level.

You’ll learn to be an online octopus (as in, cross-platform pollination).

Prepare blurbs about your fundraiser for Facebook, Twitter and Instagram. They are all different and getting your words and pictures to go viral on one means something different than another.

On Facebook, you want to set up a Facebook event page for your campaign (a friend did this for us). It’s important for several reasons:

• My friend uploaded a few engaging videos of Nick and ran ads against those videos, testing to see what types of videos people best responded to. This is an example of one of the videos that performed very well. As awesome as your child may be, you want to make others aware of it—and so you offer something in exchange for asking someone to click on your links when you cast a net wide through paid advertising. Seeing a happy, cute boy with an infectious giggle helped us share Nick’s personality and ultimately, get donations and shares.

• People could now share either the Facebook page or the GoFundMe page as they preferred without tiring their audience. We could offer different types of posts on the Facebook page, even campaign updates.

Here is the best tip for posting on Twitter and Instagram: hashtags, hashtags, hashtags. Like, #donate or #dogood or the name of the medical diagnosis, in our case #cerebralpalsy. Using the right hashtags helps people track on a conversation and get your message where like-minded people are virtually gathering.

Try to get star power behind you.

One other thing we did was tweet at celebs, after we did a search for “celebrities with cerebral palsy.” They tend to have large social media followings, and can amplify your fundraiser. The fabulous comic Maysoon Zayid tweeted the post I asked her to. We also approached folks like RJ Mitte, whose character is the son of Walter White on Breaking Bad.

GoFundMe: the good, the bad, the ugly

If you’ve ever donated to a GoFundMe campaign, you’ll notice that right before you click “donate," they ask you to leave a tip so that the platform can continue to offer “free” services to the organizers. But this isn’t exactly true. On the platform’s site, it clearly states that they charge 30 cents per donation, along with a 2.9% fee from the total amount that you raise for “payment processor fees."

For a platform that charges a fee, we had hoped that we would have some ability to design the web page a little better than we could. The only option for modifying the font to emphasize content, for example, is boldfacing, and you have very limited ability to control the size and placement of your images.

What you do get is a platform that people trust, for the most part, and this does lend credibility to your campaign. It was pretty easy to get the page up and running, and withdrawing the funds isn’t overly complicated. They also have fairly decent support articles to help you build and manage your efforts.

You’ll realize that you are not alone.

We have experienced great feelings of isolation over the past two years since Nick came into our lives. The first year with him in particular was deeply disorienting for us and filled with hospital admissions, trips to the ER, trials and errors with feeding tubes, procedures, tests, sleepless nights and mastering a whole new vocabulary.

When we put up the fundraiser, we were obviously hoping for money; we didn’t expect the giant bear hug from a global community, or how not-alone our GoFundMe would make us feel. Within 48 hours, we’d heard from college buddies, hometown connections, people we’d done business with and strangers who had seen the ad we posted through Facebook. Donations poured in from India, France, Switzerland and beyond. Some folks gave large amounts like $1,000. Some left only uplifting comments. Both have been equally welcome.

Because we are always rushing to appointments, ordering home supplies or holding a large toddler who hasn’t learned to sit in his “activity chair” yet, there isn’t much time for mulling over things. But whenever I get a notification that another donation has been made, I feel beyond grateful to everyone who has supported us.

If you decide to embark on this wild journey of medical fundraising for your child with disabilities or someone else in need, I wish you all the best. And of course, if you’d like to contribute to our fund, head over here—it’s our fifteenth day and we’re coming along nicely, though we're not there yet.