Raising children with disabilities: Someday, you're going to wish this 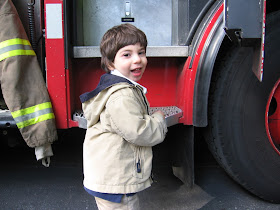 I found some videos this weekend of Max, when he was 4. One thing stood out: Max looked great, a cute, bright-eyed, exuberant little boy.

I showed the videos to Dave without saying anything—I wanted to see if he had the same reaction I did. "Wow, Max wasn't as bad as we thought he was," he said, sure enough. "We were so focused on parts of him."


He was so right. And it made me kind of sad.

Back then, we saw a happy, cute boy, for sure. But we also saw everything that wasn't OK—Max's lack of speech, his struggles with retaining food and water when he ate and drank, the stiff hands and fingers unable to grasp stuff—and we were anxiety-ridden about getting him to be OK. I was so worried that he hadn't developed a pincer grasp, and couldn't isolate his pointer finger to press a button. I knew that he still had the asymmetrical tonic neck reflex, a primitive reflex (the one in which it looks like a baby is fencing) that most tots outgrow around six months old; it affected a lot of things, including hand-eye coordination, balance and Max's ability to hold his hands together in front of him and hold a ball.

Oh, yes, I knew everything that was "wrong" with him. From the therapists, from reading up on stuff online obsessively, from the Early Intervention reports and later the school ones. What I didn't yet know or understand: that disability is just one part of who a person is, not the whole—and that it's no tragedy to be disabled. That took years to get and accept. So did the fact that as much as I tried, I didn't have a lot of control over how Max turned out. That desire to make him better was a tremendous source of anxiety, and once I realized that Max was on his own timeline and nobody else's, it released its grip on me. 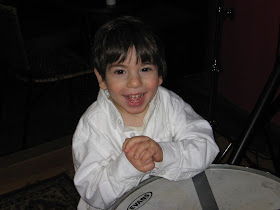 Max has his challenges; cerebral palsy is for life. But now, when I see him having a hard time picking something up or getting wobbly when he walks down the stairs, I don't worry. This is Max. It's all part of the package. He'll do what he can do. What he can't, he'll figure out a way around or we will, together.

I know this is easy for me to say. Back when I had no idea what the future held for Max, I was scared. I took comfort in knowing we'd found the best team of therapists and specialists we could; connecting with other parents; and taking a whole lot of photos and videos. As he's gotten older, connecting with adults who have disabilities has given me valuable perspective.

Chances are that someday, you will look back at your own pictures and videos and mainly see a beautiful child looking back at you. And you are going to wish you hadn't wasted so much psychic energy worrying and enjoyed more of that kid deliciousness. That child may or may not have turned out the way you thought he would, but no matter what, he will have surprised and amazed you—in part because you, too, will have developed and evolved. And you will be so proud of him.

This is what I would tell my younger mom self.

This is what I'm telling you. 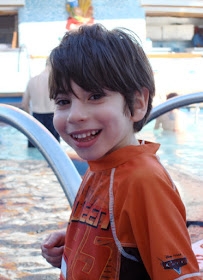