Why I so wanted that boy to win the game 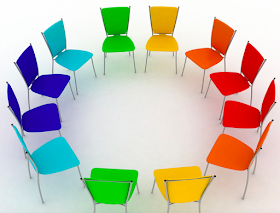 On our vacation in Jamaica last week at the Hyatt Ziva Rose Hall, Sabrina and I went to an evening show; Max and Ben had crashed. The MC invited kids up on stage to play musical chairs, and we noticed an older boy among them who looked to be about 14 or 15. Sabrina said that she'd met him and his older sister the other day at lunch, and that he had intellectual disability. I'll call him Zeke.

Zeke was a determined player, zooming into a seat as soon as the music stopped. Sometimes, he hovered over a chair for too long and the MC would encourage him to move. At some point, his sister ran up on stage to pull up the back of his pants, which had started to fall down.

And then, it was down to two players, Zeke and a super-energetic girl about eight years old. The music stopped. The girl sat down in a seat and Zeke was right there next to her. The MC asked for their names, then suggested a dance-off to decide the winner.

Zeke waved his arms and flounced around. The girl did some kick-swivel-bouncy routine that looked like she'd been preparing for this moment for months, ending with a split. "Do you have any bones in your body?" the MC joked.

I so wanted Zeke to win. I guessed that some in the audience might have felt pity for him, as sometimes happens in these instances, but I only felt pride for this boy who'd confidently and enthusiastically—not to mention adeptly—played the game. I hoped people were seeing the awesome, not just the disability.

Over the years, Max has been left out of activities involving peers who did not have disabilities. He hasn't cared, or even noticed. I have. Here was Zeke, not just involved but acing it. He was my Max, he was your child, he was all our children. Zeke! Zeke! Zeke! I wanted Zeke to win.

The MC asked the audience to cheer for each of them to decide the winner. A bunch of us clapped  and yelled "Zeeeeeeeke!" A seemingly equal amount cheered for Little Miss Limber.

In the end, the MC declared a tie. Both Zeke and the girl seemed content with that. I think they won t-shirts.

I bumped into Zeke the next day and complimented him on the game. He beamed.