The moment one cerebral palsy doctor will never forget 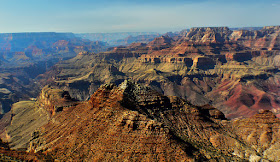 The following is an excerpt from Perfectly Human, a beautiful new memoir by Joseph Dutkowsky, M.D. Dr. D., as he is known, is an orthopedic surgeon and a past president of the American Academy for Cerebral Palsy and Developmental Medicine. He practices in the Bassett Health Network in Cooperstown, New York, and also teaches and researches at Columbia University in New York City, where he helped start up the Weinberg Family Cerebral Palsy Center. Max had the privilege of meeting with him a few years ago and adored him. In his book, he shares his experiences caring for people with disabilities for the past thirtysomething years, and what he's learned from them. Perfectly Human is filled with memorable stories and insights; infused with religious musings that reflect his life as a doctor and devout Catholic; and is as warm, funny and inspiring as Dr. D. himself. 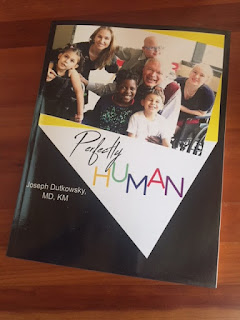 I call them Grand Canyon moments. Never will I forget standing on the edge of the chasm with no rail or fence between myself and a step off a cliff to the canyon floor over a mile below. One looks out in awe at the grandeur, majesty, colors, and sheer size of this natural wonder. It is there that one stands in silent trembled humility in front of this physical manifestation of the magnificence of God that no words, photographs, or human thoughts can hope to adequately capture. Yet, it is truth that a single human person standing at this edge is far more complex, mystical, and loved than the great canyon at his or her feet.

The contemporary world of clinical medicine seems like anything but standing at the edge of the Grand Canyon. One is engulfed with rapid-fire decisions that change people's lives under the pressure of economics, emotions, and the ever-present government regulations and hospital administrations with their important agendas and monthly balance sheets. But then there are those times....

She was in her thirties and drove her power wheelchair in to see me. Her cerebral palsy had led to  deformities for which she had already had multiple corrective surgeries. She was seated comfortably with her contracted arms resting on the clear plastic tray on her wheelchair. Her speech was difficult but understandable and we held a delightful intelligent conversation that included her mother, who had brought her to the appointment.

The young woman, who was in no pain, was working some hours in a program close to her home. I asked what I could do for her. She was very specific, saying she wanted me to inject Botulinum toxin in her arms to try to relieve her joint contractures. This medication, which has made its contemporary-culture fame in the plastic surgery world, has been used to relax muscles in persons with hypertonic cerebral palsy for decades. I said sure, I'd be happy to do that for her.

She gave her consent and I prepared the medication. With a very fine needle I injected the drug into the tight muscles of both arms at the spot where the nerve endings contact the muscles. The injections went without problems and we talked for a few more minutes. The young woman could feel her arms loosen up and she started to exercise them, opening and closing them.

Finally she turned to me and said, "Do you know why I wanted you to give me those injections?"

With a big smile, she turned to her mother, reached out and said, "So I could hug my mother," and did exactly that to a big return smile from her mother.

And there I was, at the edge of the Grand Canyon. Absolutely lost for words as to how I was given the privilege of standing at such a magnificent place at that moment.

Excerpted with permission from Perfectly Human. Photo of Grand Canyon: Flickr/Bernard Spragg
Ellen Seidman at 6:42 AM