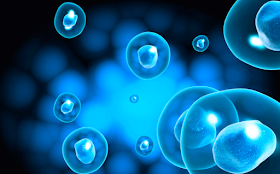 Stem cell therapy can help children with cerebral palsy, finds the results of a clinical trial at Duke University. It involved 63 children with CP, ages one to six years old, who were infused with their own cord blood (which is chock full of stem cells). Among those who received an adequate dose, both brain connectivity and motor function improved one year after the infusion, per the results published in the Stem Cells Translational Medicine journal.

The study is small, but heartening—especially to this mom. Max had a stem cell infusion eight years ago at Duke University. At six years old, he was on the outer age limits of patients being treated, but I talked my way in there. I'd banked Max's cord blood at birth because my friend Wendy had suggested it and it seemed like a good thing to do. I had no idea.

Years later another friend, Kate, lead me in that direction after she went to a conference and learned that Duke University was doing stem cell infusion trials. While there was no proven benefit for cerebral palsy at the time, I'd read up on the pioneering work of Joanne Kurtzberg, MD, and it seemed promising. In a nutshell, stem cells have the potential to either morph into neurological cells in a person with brain damage, or help spark dormant areas.

Dave and I had always vowed that if it couldn't hurt Max, and it might help, we'd try it. And so, we tried stem cell therapy. There was no MRI done before or after to show results. We did not see any immediate effect. And yet, Max slowly but surely continued to improve in all areas. We will never know whether the stem cell infusion gave him a boost, but to this day I'm grateful that we had the opportunity to do it. It's validating to know about this study.

There's been other recent research, still involving small samples but promising. One study published in the International Journal of Stem Cells found improvement in both gross motor function and cognitive after children were infused with stem cells collected from their bone marrow.

There are no other treatments out there for cerebral palsy. I deeply hope, in years to come, there will be more options that make movement and life easier for Max and others with CP. For now, I'm grateful for stem cell therapy.
Ellen Seidman at 6:38 AM