What kind of job will my child with autism have? An excerpt from To Siri, With Love 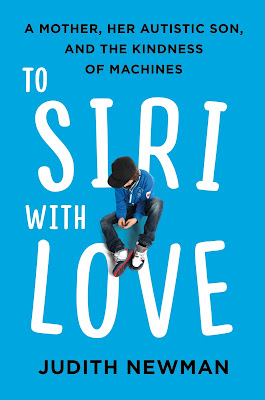 I've known Judith Newman, author of the bestselling new memoir To Siri, With Love, for a long time now. She's a funny, compelling writer who doesn't hold back, and I expected no less from this series of stories about raising her son, Gus, who has autism. Full of memorable anecdotes and musings along with the latest research, the book may be about autism but any parent raising a child with disabilities will relate to it.

My copy is full of underlined passages, where I felt as if Judith had scanned and downloaded my brain. YES to obsessing about whether you caused your child's condition. YES to refusing to look at the neuropsych test results because of the paralyzing fear that comes with certain knowledge. YES to tolerating your child's need for repetition, even if it means he's eaten the same breakfast for years on end. YES to the double-edged sword of hoping your child will someday feel self-consciousness and embarrassment, in the name of self-awareness that will better help him understand what others think or feel.

I was especially taken with the chapter where Judith wondered what kind of work Gus might find someday; I always wonder that about Max. Here's an excerpt. 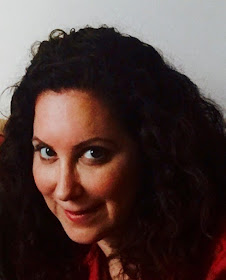 “Bye, I’m going to work!” Gus says after dinner, as he has for the last three years. And work he does, for as long as the doorman who’s on that night will let him. I don’t know when he got it into his head to b e a doorman, but once that idea was there, it stuck.

At first it must have been rather startling, this tiny kid who would don the doorman’s jacket and sit at the front desk. But now everyone knows him, and Gus takes the job seriously. He knows the name of everyone in the building, their dogs, their apartment numbers. He knows all the food deliverymen. The moment a person comes into the building, Gus checks the computer to see if they have a package, lets them know, and gets it from the mailroom if they do. No amount of insistence on my part can make him understand that it’s rude to ask people where they are going or what they are doing that night, or who this “new person” they’ve come in with is—a particular problem for one main in the building who is known for having a parade of paid companions. Gus stops all the deliverymen, including the guy who delivers weed to half the building. I believe he’s told Gus he works for GrubHub.

“Job.” J-O-B. That word has music and beauty to me. It is not just about making money. It is knowing your kid will have a place in the world. Over five hundred thousand people with autism will become adults over the next decade, and most of them won’t have a job, according to a 2015 study by the A.J. Drexel Autism Institute. That’s a lot of people with nothing to do and nowhere to go. And while of course there are those with medical and/or cognitive issues that make employment out of the question, there are many more who are perfectly employable, with a bit of flexibility and attitude adjustment.

I am not talking about the very small percentage of exceptional autistic geek talents so well represented in Silicon Valley; the Temple Grandins and John Elder Robisons will take care of themselves. (Though even in these cases, I don’t want to be cavalier. High IQ and specialized skills aren’t always enough.) Rather, I mean the more pedestrian but still very needed tasks that play upon the autistic individual’s love of repetition, or passion for categorizing objects. How many people in this world actually love to take apart electronics and sort out the parts? If you’re on the spectrum, that activity might make your day. Certainly that was Bill Morris’s thinking when he started Blue Star Recyclers in Denver, a company that is both cutting down on electronic waste and employing people who are excellent at dismantling and sorting.

After three years, Gus was fired from his job as a doorman.

I was shocked. I’d had people I barely knew stop me in the elevator and tell me how having him there to greet them so enthusiastically cheered them at the end of the day. Becky, a recent divorcée who’d been going through a rather painful time, told me Gus had gotten into the habit of waiting for her when she took her pit bull, Francesca, for their last walk of the day, then gallantly escorting them to their door. On the rare occasions when he wasn’t waiting for her, she said, her day felt incomplete.

Of course I didn’t hear from the people who found him annoying. And someone—or maybe several—did. Maybe they didn’t like being asked where they were going, or maybe there was something about having that little garbled voice buzz them on the intercom when food was being delivered that reminded them they were paying for actual union doormen, and this was a little unprofessional. Whatever the reason, Gus’s job was no more.

I took for granted that people would make allowances for my son, that they should, because he was such a good boy. And when they didn’t, and I had to tell him he was laid off, I made up the excuse that the doormen’s union wouldn’t allow him to work until he was eighteen. He pouted, but he accepted it. Then I went to my bedroom and locked the door and sobbed deep heaving sobs. I was embarrassed. Embarrassed that I had believed my autistic son was actually performing a service, when it fact he’d been merely tolerated, a nuisance. Embarrassed that I had the audacity to convince myself that he was actually in some sort of training, that someday he would have a job like this, that he would be just another dude with a job, a guy who’d get a million hellos.

The false job had given me false hope.

Then Gus got a little older, less pushy, and wasn’t insisting on operating the intercom to announce visitors. He’d just hang out, greet people, and find their packages and dry cleaning. In this he was actually useful—or at least that’s what the new doorman tells me. And I guess I need to believe it.

In truth, I don’t know what Gus will be able to do. I do know that he practices a kind of learned helplessness; I did not know, for example, that he could pour a glass of milk for himself until one day recently I got vertigo and couldn’t move without being wildly nauseated, and no one was around, and Gus really, really wanted milk. I thought about John Elder Robinson’s mention in his book of the low expectations we have of people with autism, and how it extends to everything in their lives.

Last year there was a viral YouTube video called “Dancing Barista.” A kid with autism named Sam is a barista at Starbucks, his dream job. But Sam had been told he was unemployable; his movements are jerky, and he can’t really sit still. As he explained when he and the store manager appeared on Ellen, “I can concentrate when I dance.”

And so, he does. The video makes me cry every time, but it shouldn’t, because there is nothing sad about it. The lovely Starbucks manager saw he could make someone’s dream come true. He looked past the jerky movements and the lack of conversation and saw a goofy teenager with a burning enthusiasm and a talent for making the perfect head of foam. All he had to do was let him dance.