The surgeries are coming 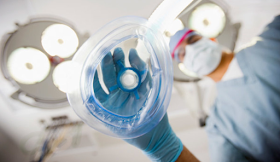 Years ago, when I first found out that some children with cerebral palsy undergo surgery to alleviate muscle tightness, I worried about whether Max would need it, as I worried about everything concerning his future. In a few weeks, it's happening, along with another surgery I hadn't imagined Max would ever get.

For a while now, Max's left foot has been turning inward. He's mostly steady on his feet but occasionally trips, which can be particularly dangerous because his arms don't shoot out to cushion the fall. He gets tired when he walks any great distance. When you have the spastic form of cerebral palsy, as you grow muscles and tendons can shorten (called "contracture"), resulting in gait and mobility challenges. As a child's physique changes, the web of tissue that surrounds muscle and tendons, myofascia, can tighten up and become restrictive. When cut, the muscle beneath can stretch and lengthen for better agility. It's often done at the back of the ankle to alleviate calf and heel cord tightness.

A couple of years ago, a parent had told me about an orthopedist, Roy Nuzzo in Summit, NJ, who specializes in Selective Percutaneous Myofascial Lengthening, SPML. This form of lengthening, done under general anesthesia as an outpatient, involves micro-incisions. The benefit is that less scarring forms, a good thing since scar tissue can cause recurrent contracture.

During our consult, Dr. Nuzzo asked if we wanted to also remedy Max's tendency to drool, given that he would already be going under general anesthesia. We have never succeeded in stopping it. The wetness makes his face chapped during winter and soaks through shirts when he does not wear a bandana. Botox injections to the salivary glands didn't do the trick (although I still think someone should open a Mommy and Me Botox clinic). Once, I took Max to see a doctor who reversed salivary glands so fluid would flow back into the mouth, but it seemed pretty extreme and I didn't want to subject Max to it. A couple of times, I got a prescription from Max's neuro for the scopolamine patch, which is used to treat sea sickness and is also effective for drying up the mouth. The boxes of patches sat in a cabinet in our kitchen, unused until they expired. I couldn't bring myself to medicate Max if it wasn't critical and, just as importantly, he himself didn't ask to remedy it.

Last February, we had a conversation about it after he made a comment. And then, a few months later, he point blank said to me, "I don't want to drool." I am not sure what triggered that, but as he's getting older he's become more aware of his body. While he did not specifically say he doesn't like it when people stare, and I wasn't going to point that out, I wondered if it was part of it.

Dr. Nuzzo told us about an ENT, Stephen F. Freifeld in Springfield, NJ, who does a surgery for drooling  called tympanic neurectomy that involves going through the ear canal and dissecting the tympanic nerve, a supplier for a major salivary gland. We did a consult and while Max was on the older end of youth he'd treated, he thought we could get good results. (He wasn't sure why younger kids had better improvement in drool control.) There would be minor discomfort for a couple of days; recovery is typically quick. The downsides: mouth dryness,  As with the patches, the resulting downsides could be dryness of mouth and a ruptured ear drum. The doctor noted both were rare among the two hundred plus patients he'd operated on.

Although studies of children with spastic cerebral palsy who'd had SPML were small, including this one that examined 58 kids, they found no complications and improvement. Several parents I connected said their children had excellent results from Dr. Nuzzo's surgery. The studies done on tympanic neurectomy were even smaller and pretty old, but positive. I looked up both doctors on the Federation of State Medical Boards, and no actions had been lodged against them. I double-checked their credentials on the New Jersey Division of Consumer Affair to see if they'd had any malpractice suits, disciplinary actions in state or out or other issues. Both got a clean bill of health. Max's neurologist and pediatrician gave their OK.

I also did due diligence with Max. I explained that he'd go to a hospital and doctors would do an operation to help his foot and his drooling. I reminded him how he used to get Botox injections when he was younger at a hospital, and that he'd be asleep when they did them and wouldn't feel them. I showed him the expired box of patches that he could choose to wear behind an ear instead of one of the surgeries. Did he want to get the surgeries? He said yes.

One of the biggest responsibilities you have as a parent is making decisions about healthcare for your child. These surgeries, particularly the one for drool reduction, are not essential. General anesthesia is involved, and while it's considered very safe these days, still: anesthesia. While Max was in on the decision and I did my best to explain the procedures, am I sure Max fully got it? No. (I'm thinking that when he's back from camp, maybe I'll do an "operation" on him using Ben's toy medical kit to help him better understand/soothe his nerves...or he can operate on me.)

Still, the benefits of these surgeries seemingly outweigh the negatives: Max will have a lower risk of an injurious fall, why we'd rather do the SPML sooner rather than later (and he is getting too old for the other surgery). Both surgeries are less complex and involved than others of their kind. There isn't significant discomfort or recovery time. By having two of them at once, Max will avoid undergoing another round of anesthesia. His drooling will be less of a nuisance to him, and less of a social impediment.

All in all, Dave and I believe these surgeries will improve Max's well-being, quality of life and comfort. As always, we hope we're doing right by him..and we hope for the best.

Also see: Treatments for children with cerebral palsy: sometimes you win, sometimes...
Ellen Seidman at 6:43 AM