Vote for my baby for President 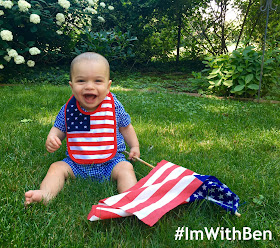 With so many undecided voters out there, it seems like it's high time Ben entered the election race, as he has many winning and inarguable attributes.

Health: Amazingly young and vigorous, his pediatrician says. Reports of diaper rash are completely unsubstantiated, and are yet more evidence of the perils of Russian hackers.

Disposition: Cheerful and even-tempered, especially after a two-hour nap. Not nasty. Extremely cerebral and curious, with a penchant for exploring and tasting various objects. Just needs supervision around nuclear weapon buttons so he doesn't press them.

Appearance: Handsome, with an emerging head of hair. Pardon the drooling, he's teething.

Style: Dapper, especially in Ralph Lauren rompers. Occasionally enjoys wearing a diaper and nothing else.

Scandals: None. Although he once accidentally erased a bunch of apps after messing around with his mother’s iPhone, he was exonerated by the FBI. And for the record: That videotape of him refusing to eat cake at his first birthday party was obviously rigged, because what kid doesn't enjoy birthday cake?

Debate performance: Granted exemption owing to the fact that he can only say "Ba ba ba" and "Da da da" and "Digga digga digga," although that is far more thoughtful and considerate than the racist, misogynist and otherwise offensive crap that comes out of certain candidates' mouths.

Policy positions: Ben is all for improved childcare for working parents, so his mom and dad can have a more sane existence and not be grumpy at night. He is very supportive of small businesses, especially ones that make teething biscuits. He is opposed to socks and mushy green vegetables. He believes there should be no tax on baby rattles, toys or diapers, and that infant formula should be allowed as a deductible. He also believes in free and unlimited caffeinated beverages for parents, and the right for all babies to crawl up the stairs if they want to. Stance on the Keystone XL Pipeline: "Hey, when's my next meal?" 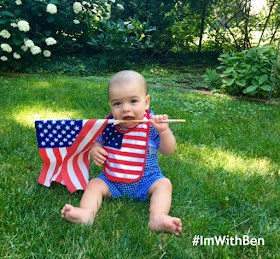