A child with Down syndrome on the cover of Parents magazine: win! 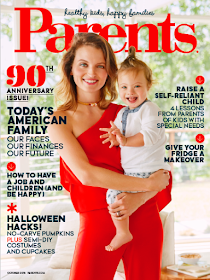 Parents magazine is up to good, once again. Gracing the cover of the October issue: Amanda Booth and her son, Micah, 2. A real-life model, this mom is beautiful. So is Micah, as children on magazine covers tend to be. Micah has Down syndrome, which is not necessarily important to mention except that HE IS ON A MAGAZINE COVER.

A little boy with Down syndrome on the cover of a national magazine is a rarity, let alone one whose Instagram description reads "Long hair, don't care." You can count on one hand how many times this has happened: The now defunct BabyTalk had two covers featuring babies with DS, one in 2001 and one in 2007. Sarah Palin and her son, Trig, appeared on People in 2008.

You'd think that these days, given how far we've come with understanding disability, including children with special needs in magazines, on websites, on TV, in movies or in whatever media would be the norm. Sadly, it isn't; clearly, we still have a long way to go in terms of acceptance.

Parents has an admirable recent history of inclusion. In 2013, the cover featured Emily Keicher, a 3-year-old with spina bifida and in 2014, siblings Chloe and Daniel Molina, ages 3 and 5; Daniel has autism. And now, Micah, on the magazine's 90th anniversary issue. It's yet another way to show people that children with special needs are as adorable as any children, and worth celebrating as much as any children.

Amanda, who's appeared in ads for Target, Old Navy and Lancome, blogs at The Beard & Bump. Like any proud mama, she regularly shares pics of her son on the Instagram account Life With Micah (the kid's already got close to 51,000 followers). 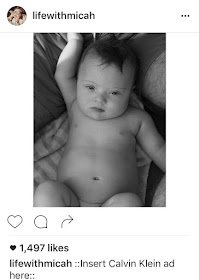 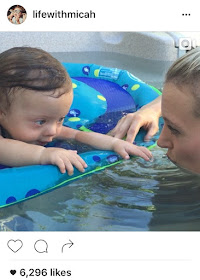 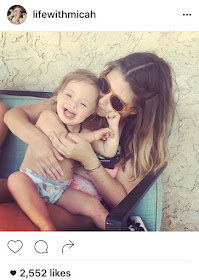 The editor of Parents, Dana Points, is a friend and former colleague, and I asked her how this came about. Photo director Lily Alt had shown Dana a photo of Amanda with Micah as a baby; smitten, the two decided to look for an opportunity to put him on the cover. Enter the magazine's 90th anniversary. As Dana says, "We wanted to do something special for the anniversary, but not in a self-congratulatory way—more a celebration of our readers and their lives."

The issue features an article about life lessons from parents of kids with special needs, with input from Amanda and other moms. I spoke with writer Julie Lythcott-Haims about learning to appreciate your child's assets, and not worrying about what others think. The Parents to Parents section highlights the diversity of American families today, not just in terms of race and ethnicity but family structure and living arrangements.

"With 14 million readers in print and still more visiting our web site and social feeds," Dana continues, "we have lots of parents who are somewhere along the special-needs journey, at different points in the process of learning the life lessons Julie Lythcott-Haims shared in the story. And we have a lot of parents of typically developing kids who could benefit from those same lessons."

Amanda and Micah serve as ambassadors for Changing the Face of Beauty, a nonprofit that's dedicated to integrating individuals with disability into general advertising and the media. Micah's face staring out from newsstands and coffee tables around the country isn't just a win for children with Down syndrome and other special needs. It's a win for everyone. Because the more children of all abilities are included in life, the more of a diverse, rich and beautiful life it will be.
Ellen Seidman at 6:35 AM