People who insult those with disability: Is an apology really enough? 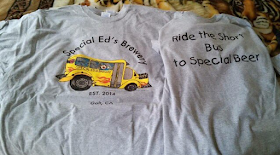 I have been chubby for most of my life—"pleasantly plump," as my friend Faith used to say—and over the years, occasional insults have been lobbed at me. "Lose some weight!" said a sneering teen walking down Eighth Avenue in New York. "Yer fat!" muttered some man as I went to hail a taxi with a colleague in the East Village. "She's cute but she's pudgy!" remarked a guy to his friend at the bar I was at with friends.

I am comfortable with my body, yet I still recall these insults. They are hard to forget. I'm thinking of this in light of the recent brouhahas in the disability community. People with intellectual disability were mocked for the way they move and live. They were referred to as "retarded" and "'tard" and derided for riding a "short bus." I can only imagine how that must have felt to people with ID, and how it will haunt them.

There have been apologies.

First, Gary Owen—the comedian who had a demeaning skit about people with disability in his Showtime special I Agree With Myself—met with a group of four Special Olympic self-advocates in Washington, D.C. They included Julie Petty, Loretta Claiborne, Ricardo Thornton and Frank Stephens, who represented a broad coalition of disability advocates. In a statement, the four noted, "The meeting was educational, positive and productive. The outcomes from the meeting were significant. Mr. Owen made positive commitments regarding use of the 'r-word' in his comedy routine."

Owen and Showtime pulled the offensive segment from the comedy special. A representative for Owen indicated to Disability Scoop that he will no longer be using the "r-word" in the future. 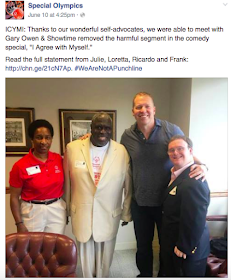 A couple weeks later, Special Ed's Brewery cropped up in social media. One Ed Mason in Galt, California, branded a brewery with a play on his name and special education. The tagline on the beer label: "'Tard Tested, 'Tard Approved." The t-shirt slogan: "Ride the short bus to special beer." Complete with an illustration of a mini yellow bus, and a child licking a window, no less. 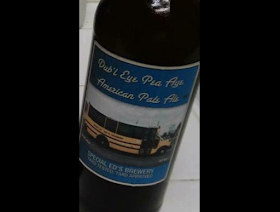 After facing a social media uproar, on June 14 the owner apologized and a few hours later took down his Facebook page. It left a lot of us still wondering what the heck he had been thinking. 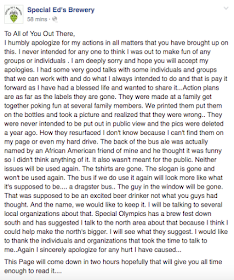 On the upside, advocacy had an impact—people demeaning those with disability backed down, offensive material was removed. Voices raised in union can make a difference. Also, both of these stories got attention, furthering the message that it's despicable to make people with disability the butt of a joke.

But then there's this: Both of these guys have done lasting damage. Viewers who saw Owen perform his awful skit live (I can't forget their laughing faces) or watched it on Showtime's On Demand got this message: People with disability are lesser human beings.

People with intellectual disability will surely not forget this. As Frank Stephens, who has Down syndrome, once said in an editorial, "Please put yourself on that bus and fill the bus with people who are different from you. Imagine that they start making jokes using a term that describes you. It hurts and it is scary."

It's not known what exactly went on in the room between Owen and the self-advocates he met with. Ultimately and ideally, people with ID get to stand up for themselves. But as the mom of a child who isn't yet aware of this issue, I am here to defend his respect—and demand it. And to me, the retractions aren't enough.

I won't say much about the motives of Owen, who rather quickly went from stating that if people protested his skit he'd use them as material in his shows to backing down. He has a BET reality show in the works, one he seemingly wouldn't want to endanger.

Without some more meaningful action, especially in light of the public attention the above incidents received, retractions seem like lip service. Yes, these men could donate money to relevant causes or organizations such as the Special Olympics. Rapper 50 Cents wrote a $100,000 check to Autism Speaks in restitution for posting a video in which he mocked a 19-year-old with autism working at an airport he passed through. When blogger Kari Wagner-Peck called journalist Chuck Kloserman on his use of the word "retard," he apologized and donated $25,000 to a charity of her choice for people with intellectual disability.

At the very least, Owen could have mentioned that he met with the self advocates on his frequently-updated Facebook page, or issued an apology there. He's no stranger to giving himself credit for being a good guy: 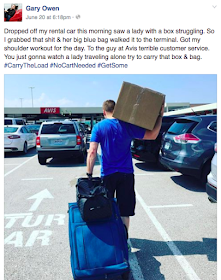 Of course I am grateful that the hateful segment was removed from Owen's Showtime special, and that he met with the self-advocates. It's good that Special Ed's Brewery quickly responded to the rightful outrage about his brewery.  But, really, after you have put something so cruel out there, there's no taking it back. To quote author Steven Camden from his book It's About Love, "Apologies are for when you forget something. Or bump into somebody. Apologies are for accidents. You can't apologise for something you chose to do. That's like apologising for being you."

It comes down to understanding that people with disability have feelings just like any of us do. They deserve to be treated with consideration, acceptance and respect. If that were the case, no apologies would be necessary.
Ellen Seidman at 9:48 AM