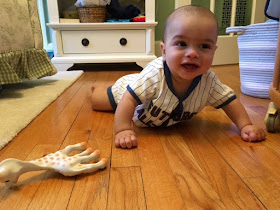 It was quiet in the house yesterday, on a day when I didn't really want to be alone with my thoughts. Dave had taken Max and Sabrina to the town pool, Ben was napping and I was scrolling through news reports about the mass shooting at the Orlando club. I felt sad and disturbed. I worried about the growing threat of terrorism, and the lack of gun control in this country.

I stared at the message on the Pulse Orlando Facebook page for I don't know how long: "Everyone get out of pulse and keep running."

Then a good thing happened, which is Ben woke up early from his nap. Ordinarily, this isn't something I welcome except it forced me to tear myself away from my computer.

After I changed him, I put him on the floor of his room. Ben's just beginning to wiggle-move around and is steady enough to not roll over and bump his head on the wood floor. I placed Sophie the Giraffe a bit out of reach to see if he could get to her. She is his BFF; he literally yelps in excitement whenever I hand him to her. 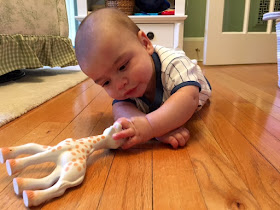 I decided to lie down on the floor, too. 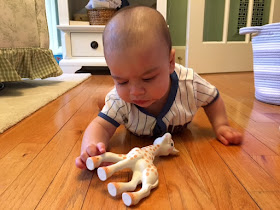 Babies have the most intense focus, the kind a lot of us often don't. In adults, it's called "flow"—when you're so immersed in an activity that you don't notice the passage of time. 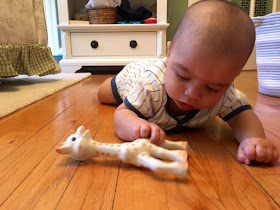 Ben batted Sophie around. He nibbled on a leg. He bopped her head on the floor. I squeezed her so she squeaked, and he flashed me his two-toothed grin. 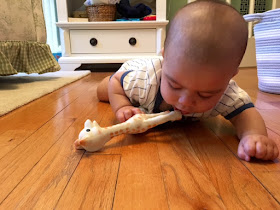 As I lay there, my anxiety started to slip away. It was the zen of Ben. And for a little while, the world was a less sad, scary place. 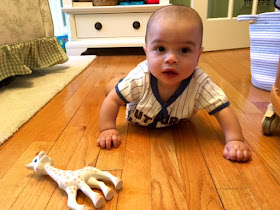