When your kid keeps taking selfies, and it's not all bad 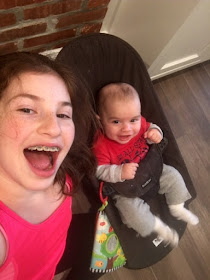 Max went to a party the other day, and one of the activities involved taking photos with selfie sticks, printing them out and putting them in frames. He thought that was cool, but what he really wanted was a framed picture of his favorite fire truck, good old Ladder 31. So the lovely host went to her computer and made a printout of the photo I emailed her (I always have it handy).

I joked that there was no way I could have a selfie stick at our house or I'd never see my daughter again, but I was only half-joking. Sabrina regularly places one in my Amazon shopping cart, ever hopeful, and I always remove it.

Sabrina is obsessed with taking photos of herself. She does it on her iPad, and with my phone every chance that she can get. When she has hangouts with friends, they hole up in her room and take photos and make movies of themselves. I can regularly be heard yelling upstairs: "Sabrina! Where's my phone?" 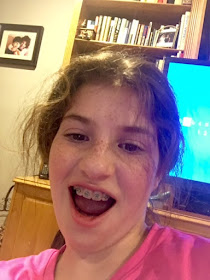 She's also been roping Ben into the picture, literally. So I guess he's getting an early education in selfies. 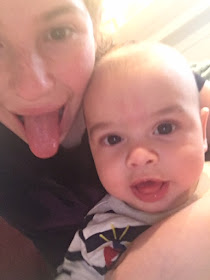 Ben does make it hard to resist taking co-selfies. I will not, however, in the near future be downloading the My Baby Selfie app that allows tots to touch the screen and photograph themselves. 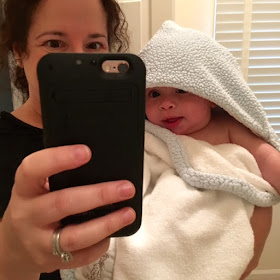 As much as I love to scroll through my photos and come upon random shots of Sabrina, I've been a little concerned about the selfie situation. Especially when a twentysomething recently introduced me to the wonders of SnapChat and I understood just how addictively self-centered those filters can make you. 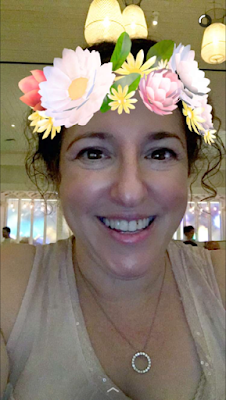 I wonder about the selfie-ish children we're raising. As with most things, other than iceberg lettuce, excess isn't healthy. Although The American Academy of Pediatrics has yet to issue guidelines about selfies, it does recommend setting limits for screen time—especially if usage hinders other activities. I can see selfies becoming an issue if and when Sabrina starts posting selfies on social media and gets dependent on the approval of friends.

Sill, a Today/AOL body image survey I unearthed while googling found that 65 percent of teens say seeing selfies on social media boosts their confidence. Maybe it wouldn't be such a bad thing, then, to have a selfie stick in our home (although I'd have to hide it—like, in Utah). Maybe it would further help Max discover himself. Heck, maybe one of these days he'll start asking for a selfie stick.

Meanwhile, months ago it became apparent that Max definitely has a healthy ego. He'd been playing with my iPhone. When he handed it back, I saw that he'd changed the wallpaper. It had been a photo of Sabrina. Ever since, it's this. 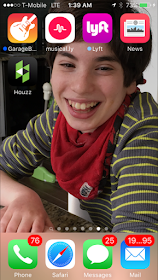