Cerebral palsy news to know: You'll be glad you read this 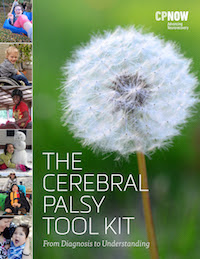 The recently launched CP NOW Foundation publishes an 86-page guide for parents called The Cerebral Palsy Tool Kit: From Diagnosis to Understanding, the first of its kind for the CP community. It's comprehensive and very useful, with everything from an exploration of clinical diagnosis and treatment to advice from parents of kids with CP. I wish I'd had this back when Max was first diagnosed and I felt completely overwhelmed. The PDF version is free for signing up for the mailing list of CP NOW—or you can purchase the paperback on Amazon. Get it!

Although doctors have been using the treatment for years for people with cerebral palsy, there haven't been significant studies to back it up. Max has gotten injections in his hands several times to loosen his thumbs, and it's worked. Researchers recently took a look at the effect of Dysport (one brand of botulinum toxin) in 226 children with lower limb spasticity. The toxin produced statistically significant improvement in muscle tone, per the study published in the February 2016 issue of Pediatrics.

Although birth prevalence of spastic cerebral palsy has been stable, there's been a significant decrease in co-occuring moderate to severe intellectual disability, according to a study published in the 2016 Pediatrics journal that used a population of children in Atlanta as a sample. The researchers say the evidence of stability of CP is encouraging, but note that the lack of overall decrease merits more research and prevention methods. Cerebral palsy occurs in 2.6 children per 1000 ages 2 to 17, according to a new review of data published in the Annals of Epidemiology.

OK, there's no actual study on this. That's because the proof is right there in front of our eyes. 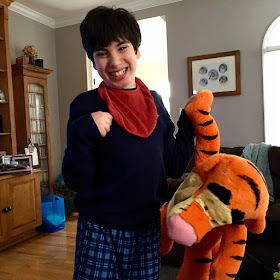