World Cerebral Palsy Day 2015: Why I like to see people with CP 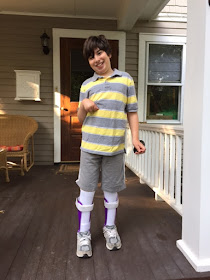 Over the weekend, Sabrina and I stopped by a local bookstore. The woman at the register looked to have cerebral palsy, and I was psyched to see her there—it's not so common to come upon people with CP or other disabilities at stores in our area, excluding a CVS.

Today is World Cerebral Palsy Day. When you have a kid with CP, you become very aware of other people who have it, who are in college and the work world, and who lead independent lives. They give me hope for Max's future. I think it's also very good for Max to see people like him. The rate of unemployment for people with disabilities is 12.5 percent, per the latest figures from the U.S. Bureau of Labor Statistics. Thats more than double the general rate of unemployment in the U.S., which is 5.1 percent.