Kids With Special Needs Around The World: Hungary 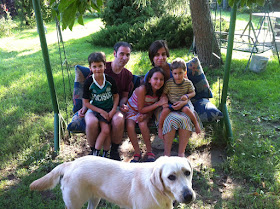 This is another guest post in the Kids With Special Needs Around The World series. Flóra Torok
is mom to David, 4, who has cerebral palsy; Hannah, 10; and Samu, 8. They live in Hungary, in downtown Budapest. In keeping with the country's joint family system, the grandparents live with the family. Torok works for an artist agency, and her husband is a company lawyer for a telecommunication company. She writes the blog Playgrounds For All; stop by and say hi!

Hungary is a small country in Central Eastern Europe with 10 million inhabitants. Our capital is Budapest with the river Danube splitting the city into two parts, the hilly Buda and the flat Pest. We don't share our language with any other nations in the world; we are the only ones speaking it. Our national anthem is like a funeral march, we don't have seashores or very high mountains but we see ourselves as one of the smartest and most talented nations in the world. We are extremely proud of our ranking at the Olympic Games and the number of inventions we gave to the world (check them out here while listening to a typical Hungarian folk song).

I only got involved with special needs children in 2011. After having two wonderful and healthy kids, the wonderful David was born. Due to a serious problem with his late twin brother, he had to be born two months earlier than the due date. It turned out that he suffered from an in-uterus hypoxia. He was really tiny (2.8 pounds) but he was said to be healthy. 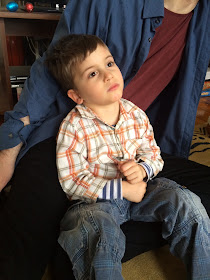 The weeks in the Perinatal Intensive Care Unit were horrible. Back then, we were allowed to see our baby only three times a day for 30 minutes each time. Can you imagine that? The trends are better now. More and more hospital wards open up for the parents and deal with parents as team members. Unfortunately there are still serious problems in the Hungarian healthcare system. Due to the inadequate infrastructure and humiliating salaries of health professionals, a terrifyingly growing number of health workers are leaving Hungary for Western Europe. As a side effect, corruption is blooming in the state health institutions.

Early Intervention Centers and therapies are available only for those with good commute to the services, which is difficult in our Budapest-centralized country. These services are difficult to afford too, even with the state subsidizing them. Those living in small villages in very bad financial conditions can't even afford to take the public transport to the closest hospital or to an Early Intervention Center to find out what is wrong with their child's early development. I am sure all of you reading agree on the importance of the early years. Though the state provides extra benefits to the families with special needs children, high quality therapies cost twice or three times as much. We were lucky because my husband and I both have jobs, we live in downtown Budapest and we speak foreign languages so we can read about worldwide solutions for our child's disability. My heart breaks when I think of the families in rural Hungary.

As for improving physical and motor skills, our therapists and methods are quite famous in Europe. The Pető Method for physically disabled children is well known in many countries. There is also a unique method of manual therapy called DSGM which is really effective. Physical therapists can learn it in different countries within the European Union. We also use a playful Planned Senso-Motor Traning for kids called TsmT, as well as the well-known Bobath, TheraSuit and Pfeffenroth therapies.

There are only two problems with this wide range of therapy possibilities. As I said they are pretty exclusive as they are quite expensive. Also, the practitioners of these methods don't agree on what is best for an individual child. As a parent it is hard to find the right path to go on.

My English knowledge was very useful when we found out about the Single Dorsal Rhiztomy surgery available in St. Louis, and now available in Hungary, too! That surgery is planned for David in 2016.

The education for disabled kids can vary. Some institutions favor integration into groups of typical kids, but you can also find specialized schooling for autistic, visually or hearing impaired kids. For example, David goes to a special kindergarten where lots of kids have cerebral palsy. They play and are educated in very small groups, with a very good ratio of teachers and children (almost 1:1). Our special kindergarten has its own swimming pool, which is also unique here.

David's school organizes weekly field trips in Budapest, which is a huge challenge and requires a lot of effort. You know why? It is because despite that our law requires accessibility in all public places, it is almost impossible to use the public transport or reach a public building with a wheelchair. I remember my astonishment when I saw huge groups of wheelchair users in Vienna, Austria, which is not too far from Hungary. I was wondering: Are there more disabled people living there? I had to realize that they had simply better access to public services such as transport. They were able to access the streets so they were more visible to me.

David is a happy little guy who enjoys life a lot. He learns everything from his siblings—songs, poems, all the names of Spanish soccer players!—and enjoys being with them. he can now speak and sentences and tell stories, but is too shy to show this in front of outsiders. He also loves the Beatles. He is behind due to his spasticity; he can crawl around the house, and tries to stand up next to furniture. We help him with eating, but he can feed himself with simpler things like a tomato, although it is really squeezed until it gets to the mouth! He loves to play soccer...sitting on the shoulders of his Dad.

So far, he doesn't like going to the playground—he doesn't really do anything, just usually stays in my hands. Not that it would matter, because we don't have don't have many opportunities for outdoor activities. Accessible playgrounds are rare like the white crow; inclusive ones are nowhere in the country. Families often stay home, isolated, unless they have a suitable car and petrol to pay to go.

Me and a small group of parents raising kids with special needs had enough of the bad experiences. We decided to find new ways to help our kids and change their environment and challenge our society's attitude towards disability. Two years ago we started the MagikMe Project and began to work on our first inclusive playground where disabled kids will be able to play with their able-bodied friends and siblings, even without their wheelchairs or walkers. We started a crowdfunding campaign to build the first special playground device. And I have to say our country proved to be exceptional again: within the first week our supporters contributed 60 percent of the required funds, and it is now fully funded. Not a bad result for a country that has little knowledge on crowdfunding.

Check out our campaign if you are interested and share it or support it otherwise if you like the idea. International interest would mean a lot to us. Most importantly, it would mean that we are not alone.

Previous Kids With Special Needs Around The World posts: