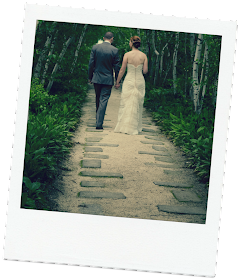 Can I have your daughter for the rest of my life?
Say yes, say yes
'Cause I need to know

The song came on the radio as I drove to Max's school the other afternoon to pick him; he had an appointment with a cerebral palsy specialist. I was a bit nervous—you never know how those big-deal doctor visits will go. Plus (major plus), this doc is at the hospital where Max was born. Over the years, I've considered going back to exorcise the grief demons, but have never made it there.

Back to the song, which is about a guy asking a father for his daughter's hand in marriage. I'm pretty familiar with the lyrics, particularly the line "Why you gotta be so rude?" Sabrina is fond of singing it to me when I ask her to get off her computer and go to sleep, because I'm obnoxious that way.

The refrain stuck in my head. I wondered whether Max might someday get married. It never does me any good to try to see into his future and sure enough, tears started rolling down my cheeks.

I've had the marriage question on my mind lately, as I'm planning Max's bar mitzvah. Another mom of a kid with disabilities mentioned that she and her husband had gone all out for their son's bar mitzvah because they considered it his wedding celebration, too, the wedding he'd never have. As I've been speaking with potential photographers and DJs, I've come close to saying the same to help impress upon them just how special we want the event to be for Max. But I've refrained. It's too distressing to say, let alone ponder.

The rational part of me that knows full well Max will be happy with whatever the future brings, whether or not that involves a relationship. He is still getting a handle on what the whole marriage thing means. When I ask if he'd like to get married someday, like Mommy and Daddy, Max says, "No, fireman!" (As in, I want to be a fireman.) When I note that firefighters can get married, he says he wants to live only in a firehouse, seemingly ruling out a scene of domestic bliss. The other day, he told me that he'd like me to have another baby, and he wants to name it "Angelo" (after his favorite firefighter). And then, he informed me that he'd like Angelo to be the father. Trying hard not to crack up, I said, "Mommy is already married to Daddy." That gave him pause, but only a little.

We keep it lighthearted. But when it comes to that "Will he or won't he" marriage question, it's hard on my heart. So I drove and cried. I wasn't thinking about particulars, like how the logistics of his relationship would pan out. I was caught up in a nebulous worry vortex. Then Pretty Young Thing by Michael Jackson came on the radio and more tears fell because Michael Jackson is DEAD and worse, I felt OLD since PYT came out when I was a teen.

I pulled up to Max's school, composed myself and went inside. He was at the door to greet me with his wonderful teacher, Linda. We walked over to a display to check out a cool mask Max had made as he went to get his stuff. Then she told me what had happened the other week. When Max gets to school on Monday mornings, Linda likes to ask if he missed her over the weekend and Max always says, "Yes!" Except when she asked the last time, Max said "No!" and laughed. He was teasing her. Linda laughed, Max cackled and the two of us giggled all the way to the car.

As we headed to the doctor's appointment, 40 minutes away, Max and I had a nice chat. We talked about (what else) his March trip to Chicago with Dave. We went through a list of his favorite things (food: mac 'n cheese; sport: bowling; color: red; movie: Planes Fire & Rescue). He pointed out BMWs we passed, his favorite car.

I thought back to the first few years of Max's life when I'd drive him around. Oh, how I ached to hear him babbling in the back seat. I wanted some sign, any sign, that he someday might have speech. I'd talk to him, sing to him, turn around at stop lights and try to coax "Mama" out of him. Once, when he was two years old, I heard a few sounds—what, I don't recall, but I was elated. That was it, though: He never again babbled in the car during his babyhood. It was the loudest silence I'd ever known.

And here we were, having a conversation.

Many times, Max's past, future and present converge on me. Always, it's Max who yanks my mind back from the precipice to the present, his absolutely amazing present.