The shocking word in a bestselling book for kids 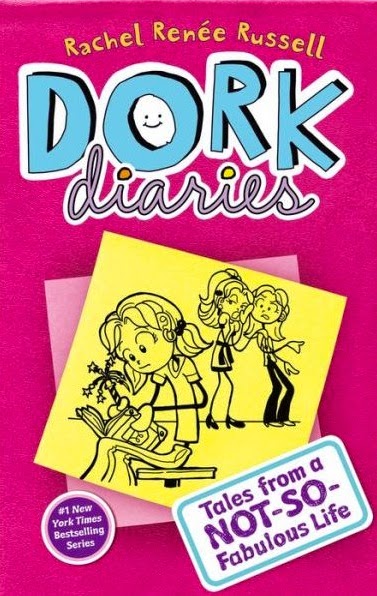 This guest post is from Josie, a 13-year-old who is the oldest daughter of my brilliant/funny/awesome writer friend Marjorie Ingall. Josie is an 8th grader in New York City who's into public-forum debate, feminism, reading, drama, playing the flute and being a big sister to Maxie. 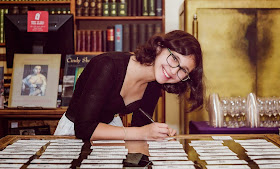 When I saw my little sister Maxine reading the Dork Diaries books, I immediately recalled my own experience reading them. With a flashlight under the covers. Under the table during dinner (frequently and suspicion-inducingly glancing at my lap). Laughing with my friends about the crazy, funny and sometimes cringeworthy life of 14-year-old Nikki Maxwell.

Watching Maxine enjoy the books, I was struck with the need to read them again. So while she was at Hebrew school, I did.

And I was loving "Tales from a Not-So- Fabulous Life" at age 13 just as much as I had at age 9. That is until the mean girl, MacKenzie, rescinds Nikki's invitation to her birthday party, THE social event of the year.  Obviously, everyone else in the class laughs at Nikki. In her diary she writes, "I felt like a total retard!"

I didn't remember this at all. But then, nine-year-old me wouldn't have found this a cause for alarm. She would smile and shake her head at Nikki's dilemma and continue with the story. 13-year-old me had no intention of doing so.

When people like this author use "retard" and "retarded," even in a self-deprecating way, they're desensitizing kids to what the words mean. For younger me, the use of the word "retard" here was reason to laugh. And for other readers and kids, that's still the case.

Millions and millions of copies of these books have been sold. Yet no one appears to care about its use of "retard," even by a character who is considered relatable.

I'm almost the same age as Nikki now. But, I don't see her in the same way as I did when I was nine. I used to think I was like her. But since then, a lot has changed. My family, especially, began to acknowledge how frequently—and wrongfully—we'd been using the word retarded. At school, we began to learn about bullying; the way name-calling can be just as hurtful, if not more hurtful, than physical violence. And now, I think of myself as someone who wants to stop people from and educate them about using the word “retarded.” Now I am someone who actively speaks up.

During advisory, a homeroom-like study period at my school, another student was loudly talking about his "retarded" friend, to the amusement of two or three other kids. Instead of gritting my teeth and returning to the book I'd been reading, I turned around to face them.

"You know what? I don't want to hear the word 'retarded' in a place where I'm supposed to be surrounded by caring, intelligent, open-minded people. So keep your ignorance out of my earshot, if you don't mind."

"No, I think it is a bad word,” I responded. "I think it speaks to your sense of superiority to actual developmentally disabled people. You think you can use this word, this word that's incredibly hurtful and offensive to so many people, and use it to describe everyone you look down on. I don't want to hear it."

If you hadn't already assumed as much, I'm incredibly vocal about my thoughts.

In my opinion, characters like Nikki and books like Dork Diaries are just another reason to reconsider the way we look at real issues (like the use of "retard"), and how we present them to kids.