Handling relatives who don't get your kid with special needs: Group therapy 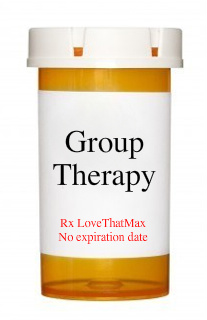 "As Thanksgiving approaches, I'm dreading this one relative who doesn't understand my child, who has autism. She has even been known to make comments like, 'Can't you control him?'" writes a reader. "Besides seething, what am I supposed to do?"

Coincidentally, I have that variety of relative too! The person I'm thinking of didn't see Max that often and didn't get him at all. He could not understand why Max would freak out at gatherings, and thought he was just being a brat.

Once, when I walked into a room and found this person chiding Max for getting agitated about something, I said, "I think the best thing is for him to be alone right now because he's overstimulated," and I whisked him away. I was upset but there was no point in getting into it right then and there because it's hard to have a good, rational conversation in the heat of the moment. (Although fantasizing about tossing my glass of wine at him was a bit calming.)

I finally called this person and told him I wanted to give him the Max lowdown, so he could better understand his needs. I explained that because of sensory issues crowds and noises would unnerve him, even if it was people he knew. Our talk helped. He's still not Max's BFF, but at least he no longer rolls his eyes at him or preaches to him about his behavior.

What tactics have you used for handling relatives in these situations? Or just feel free to vent.