School bus service for kids with special needs and another WHA?! moment 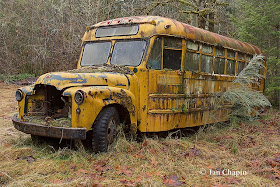 This week's fire is brought to you by Max's bus company. In the scheme of things, as far as I can tell from what I've heard from other parents, they are a good company. But we've had several disconcerting incidents over the years, including one in which I found out Max wasn't being correctly strapped in by the aide and another in which Max's bus arrived 40 minutes late and we weren't notified because the driver didn't have our phone number.

I've spoken with our district coordinator several times about the bus company, and had a long discussion with him back in March. One thing I wanted to be sure of was that the company had a protocol for making sure all kids were off the bus, as there have been a number of news stories in recent years about kids accidentally left on the bus. (If you haven't yet checked with your bus service, do it.) I also told him that we never know which bus company and driver are picking Max up for the first day of school until, literally, the day before. Last year, the driver called us at 10:30 the night before school started to let us know she was coming. All together now: WTF!!!

Cut to Tuesday night. Max begins school on Thursday and, wait for it, no word from the company. I send a strongly (STRONGLY) worded letter to the district coordinator, saying I wanted him to call me with the information Wednesday morning, and give him my cell number as I'll be at work. To his credit, he calls first thing in the morning and says that the bus company told him Max's information "fell through a crack" and that they have told him they've called and given me the information. "Actually, nobody has called," I say.

Then I again remind him how every year, we play the same game: Guess If Max's Bus Is Going To Show Up! And I say, strongly (STRONGLY) that he needs to address this last-minute issue with the bus company. He explains that they are often juggling kids who come in and out of the system, but I point out that it is not unreasonable to give a parent even just a couple days of advance notice. He tells me they will call. They do not, and I email him. Several more emails ensue. If the timing of the pickup has changed, I'm going to need to readjust our morning schedule. Finally, he tells me they have called my cell (nope) and he shares the information I need. Happily, the pick-up time is about the same.

When I arrive home, I find out that the bus driver dialed the house at 11:00 a.m.

It's as if the bus company has never done this before.

It shouldn't have to be this hard.

And on a brighter back-to-school note: 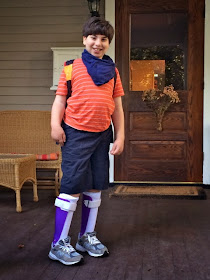