I don't mean to hurt people with disabilities even though I call them stupid, people say 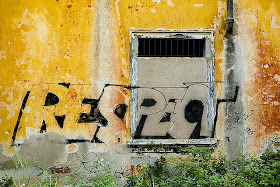 "My comment was in no way intended to slight them in any way," said a candidate running for county commissioner in Tullahoma, Tennessee. W.D. Smith (R) had called someone a "wondertard" on a local politician's Facebook page, in the course of a discussion about candidates. Smith went on to explain, reports say, that a "wondertard" is "someone who is so damned stupid they make regular retardation look like genius." (The comment was subsequently removed).

When the Manchester Times asked Smith about his choice of words, he defended himself in a Facebook message noting, "If you read the context of that conversation, the lady it was addressed to was being very rude and annoying. Now, I don't play the politically correct bull**** games that you people at the Manchester Times play. Let's get that straight right off the bat."

He then continued: "Now, yes, I shouldn't have said that. It was a stupid statement and if anyone got upset with me, I apologize. My heart goes out to people who have disabilities. My comment was in no way intended to slight them in any way."

This is the jackpot: It's basically everything wrong with people who don't get what's wrong with using the word retard, with unfortunate perceptions of people with disabilities tossed in.

There are people who are quick to tell you that even though they use the word "retard" or its equally offensive offspring "wondertard" or "celebutard" or "f***tard" they of course do NOT mean it toward actual people with disabilities, nosireebob.

There are people who think that parents like me who bristle at the use of the word "retard" are being politically correct word police. That we need to get a thicker skin. That we should focus on stuff that will really help our kids.

There are people who think people with disabilities like my son are inferior human beings because of their IQs. That they are worthy only of pity.

Mr. Smith and company, I'll fill you in:

• If you use the word "retard" to describe someone you think is acting stupid, then you are equating stupidity with an entire population of people once considered to have "mental retardation" and perpetuating stereotypes—the kind that haunt people with intellectual disability. The term "mental retardation" is outdated, because the word retard has become pejorative. Most states no longer use the wording in their legislation. A lot of educated and aware people avoid using it. It's insulting. It's demeaning. It's hurtful. When you use it, you essentially are calling people with intellectual disability stupid, even if you're not saying it to their faces.

• My son does not need your heart to go out to him. He lives a good life. He's happy with himself. I'm happy and proud of him. Countless parents of kids with special needs stand in awe of their children and do not consider them the least bit pitiful. Quit treating them like tragedies.

• Parents like me want the world to better respect our children, and others like them. Speaking out against a word that casts a negative light on people with disabilities is just one thing we can do. And so, we do.

I am so, so tired of hearing "Oh, I didn't mean to slight people with disabilities."

I am so not tired of speaking out about it.

Here's a story for you. Two families go to a fair with carnival rides; each has a child with special needs. They try to go on a ride and are told by the guy manning it, "We don't let those kind of people ride this ride." As their children stood there.

This just happened in Davenport, Iowa. On Special Needs Day at the annual Mississippi Valley Fair, where some employees didn't seem to have gotten the memo...about being decent human beings.

Unless you have a child with special needs in your family or are a person with disability, it's hard to know of the discrimination—blatant or otherwise—that they face. The everyday uphill battles parents fight to get our kids included and help people see see them as people, not pathetic.

Our kids need every speck of respect they can get.