In which we crash the autism-friendly Disney Junior Live performance 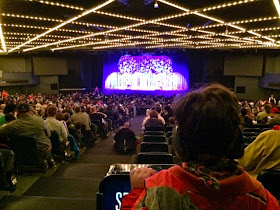 Max crashed the autism-friendly Disney Junior Live! performance at New York's Madison Square Garden this weekend. I'm joking, of course, because it's not as if they were carding kids at the entrance to make sure they had autism or, as my friend Lisa said, checking IEPs. I do think shows like this would be more inclusive if they were called "sensory-friendly," as I noted when the first Broadway autism-friendly performance was held, but in the end what matters most is kids having a great time. This weekend, a whole lot did.

Max has been talking about Disney Junior Live! ever since he broke through his stage fright (as in, going inside a dark theater) at Disneyland, saw a performance and asked to go back. Then we saw Disney on Ice in January. So when I heard there was an autism-friendly performance in town, I got us tickets. 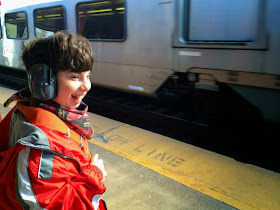 Taking the train there was half the fun 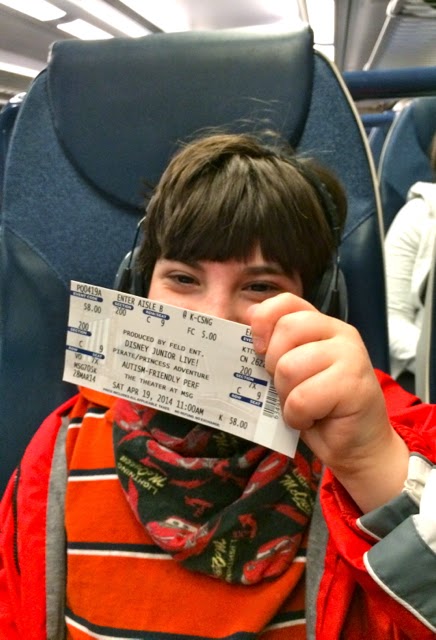 He showed his ticket to the guy sitting next to us

Volunteers from the Theater Development Fund's (TDF) Autism Theatre Initiative stood outside the entrance, handing out squeeze toys. The security people inside could not have been more accommodating (if you've ever been to a concert at Madison Square Garden, you know that they tend to be on the, er, brusque side). Max doesn't like escalators, and one of them escorted us to an elevator. 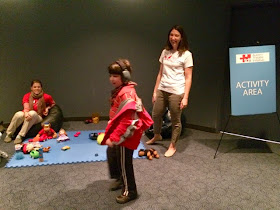 Max walked right into the theater. The usher told us that we were seated toward the front. I was psyched; Max not so much. And so, we stood behind the railing by the entryway. A volunteer asked if we wanted ear plugs. An usher said we could sit anywhere we wanted in the back since the show wasn't completely sold out.

I have never before been at an event filled with special needs kids and their parents and it felt amazing. Kids were doing their thing, some bouncing around, flapping or having meltdowns, and nobody batted an eye. There were parents there with adult children, and I wondered if that would someday be Max and me. 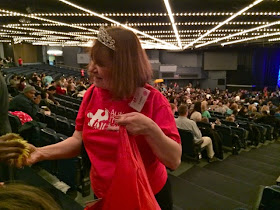 A volunteer handed out koosh balls; Max got a purple one

I'd figured I would bump into someone I know, but it pretty much felt like I did know those other moms there. In the bathroom, Max headed out the wrong way and one of them gently said, "This way, sweetie." I traded smiles with other parents. Lisa Quinones-Fontanez from Atypical Familia spotted us and we hung out with and her beautiful son, Norrin, for a bit.

Then the lights dimmed a bit, and the show began. They stayed on the entire time and the sound level was a bit below the norm, though it wasn't exactly quiet. I hadn't checked the tickets closely; it was a Princess and Pirates performance. They're not Max's faves—he's a Mickey Mouse kinda guy. But it didn't matter: He was still mesmerized by the princess crew and Jake and the Neverland Pirates. 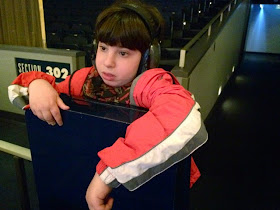 Me, I got a little bored (gasp!), so I sat down to scroll through email on my iPhone. A mom in the row in front of us saw me and grinned. "What, you don't find this fascinating?!" she said, and we both laughed.

Finally, Max got weary of standing and agreed to sit. I helped him drink some of the emergency chocolate milk I'd brought, because you never do know when you're going to need chocolate milk. He perked up when Mickey and Minnie came out at the end, and didn't want to leave once the show was over in the hopes they'd return.

Then he told me he'd like to see another Disney Junior Live!, please. How about it, Dave? 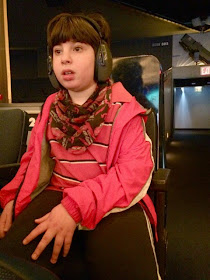