The grief that won't let go 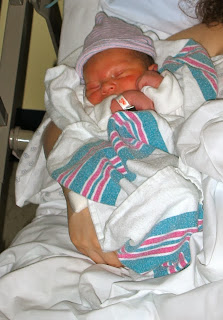 I've gotten to the point where I can talk about Max's birth and not get distraught. "He had a stroke at birth," I'll say, matter-of-factly. I'll note that until we had Max, neither Dave nor I had a clue that babies could have strokes. Depending on who I'm speaking with, I might mention that Max's stroke was bilateral and affected both sides of his brain. Inevitably I will say, "He's doing so much better than doctors thought he would. He's a great kid."

But there are times when thinking about Max's birth makes me lose it, as happened the other night. I was cleaning out a cabinet and I found a disk with old photos. There was the above snapshot of Max from the morning after he was born. There was this video:


Dave shot the video a few minutes before Max stopped breathing and turned blue. Before it happened a second time and he was taken to the NICU. Before we'd learn, in the afternoon, that Max was having seizures—the first indication that he'd had a stroke.

But Max looks so perfect in the photos and video. And I look so happy, the kind of delirious happy you are after you've had a baby. And my mom and sister look so happy. And none of us could have ever imagined what lay ahead.

I sat on the couch and sobbed.

It's Post Traumatic Stress Disorder. My heart will not let go of the shock, anxiety and despair that consumed me back then.

"Your son may never walk or talk."

"Your son may have severe cognitive impairment."

The bursts of sadness I can handle because they're just that, passing moments. But their continued existence bothers me because they are a disconnect to the realities of Max. I look at him and see only an amazing kid, not a tragedy.

Max's eleventh birthday is coming up. My eleventh anniversary as a mom is coming up. His birth will never be a happy event for me, yet why does it have to still hurt so much? It feels as if I am doing Max wrong by grieving this way. He doesn't deserve that.

After Max was born, I saw a therapist for a few months. I'd walk in the door from work, send the sitter home, bundle Max up, drive to the therapist and sit there and talk as Max lay sleeping in his car seat. It felt good to vent and cry freely and not feel like I was burdening anyone, as I sometimes felt with Dave or my friends.

Last year, around this time, I got it into my head that I was going to visit the hospital. Surely that could help exorcise the grief demons. I had fantasies about sneaking in to the NICU (maybe a kindly resident would escort me up?), but decided I'd be content to sit in the lobby and relive what had happened.

I told Dave. He didn't think it was a great idea. "It's the same reason why you don't look at Max's brain scans—it doesn't really do anything," he said. "I think you can use your time more productively." A perfectly rational answer, but I wasn't convinced.

I know two psychologists, and I spoke with them about my plan. "If you were my patient, I'd ask what you want to get out of this," said one. What I wanted, I told her, was to take the hell out of the hospital. She was dubious that a visit could do much, but as long as I was aware of that and had no great expectations, she said, "it could be a positive." The other shrink also wasn't sure I'd get anything out of it, but said I should try it because it couldn't hurt.

I still haven't gotten to the hospital.

When I'd finished crying, I went upstairs, washed my face and read a book in bed. I knew I'd wake up in the morning feeling better, and I did. But it was Max who gave me the biggest lift.

Max had led me over to our big family calendar on the kitchen wall. I thought he was going to ask me show him when his birthday party is. Only he pointed to November 27, looked at me and said "Mommy's birthday." He has never before paid much attention to it, never known the date. Progress.

The grief, I suspect, will always be a part of me. I need to quit struggling with why it's still there. It says nothing about my life now, my motherhood or my love for this boy, who is the best therapy of all. 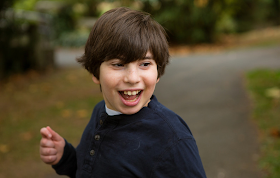