Shocking (and not-so-shocking) intolerance of kids with special needs 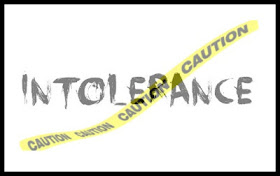 There's been an uproar this past week over horrific intolerance toward a child with Down syndrome. Lisa Morguess at Life As I Know It wrote about a blog written by a stepmother to an 11-year-old girl with Down syndrome whose posts are filled with frustration, disdain, disgust, anger and flat-out cruelty. The blog has since gone private, but not before Lisa captured screen grabs.

The woman talked of ignoring her stepdaughter. She called her a "full-blown nuisance." She said she got mad at her for no reason; as she herself questioned, "Where do the feelings of hatred and anger really come from?" She made fun of her behavior, at one point listing things that bothered her—everything from the way the child shovels snow to the fact that she does not think to request Chapstick for her dry lips.

The intolerance is extreme and the woman, despicable. Shocking, too. Yet if you have a kid with special needs you know that intolerance towards our kids is not unusual. It's typically not at this level, and it's certainly not always this blatant, but it's very much out there. And I do not think the world at large is aware of that.


Yes, people catches glimpses when the web and media bring stories to light, like the customer at the Houston restaurant who said "Special needs children need to be special somewhere else." Or the woman at the Missouri restaurant seated next to a child with autism who told the waiter, "Except for the retard in the next booth ruining things by making noise, everything is fine."

Max is surrounded by friends and family who are welcoming and inclusive; they have learned that in many ways he is just like any other kid, and they accept his differences. It makes intolerance that much more unnerving when we encounter it. A few months ago, Dave and Max were at a friend's apartment and as they were in a common play area a woman blurted, "Why don't his hands move normally?" And then, "Why is he drooling?!" Dave rehashed the scene for days afterward. He couldn't understand why that woman would have said those things.

Sometimes, intolerance has no words. I will never forget the mom in Barnes & Noble who grabbed her child and hustled him away when Max touched his arm and babbled at him, as if cerebral palsy were contagious. I cannot forget the stare-glares of other mothers; once, in our pediatrician's office, a mom gawked so blatantly at Max that I snapped, "Do you have a problem?"

Intolerance isn't just the wicked stepmother. It is all around, people without patience for those with different abilities, without understanding, without heart. It is what makes life that much harder for our children, people imposing yet one more handicap to overcome. It gives me deep anxiety as a parent, because I will not always be there to shield Max.

Someone alerted the authorities about this mom; she tells of being questioned by a police officer. In a follow-up post, Lisa notes that the local Down syndrome association is aware of the situation. You can only pray that this woman gets the help that she needs, though it's impossible to give anyone a conscience transfusion.

What incidents of intolerance have you dealt with?
Ellen Seidman at 6:39 AM