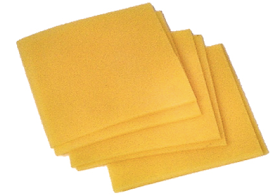 It's how milestones happen with Max lately: I'll suddenly notice him doing something new and incredible, only it's not something you'd ever read in one of those child development books or newsletters. It's not a milestone that would necessarily impress anyone else, or one most people could notice. Last night, for instance, I celebrated the American cheese milestone.

Max likes a slice at bedtime. "Eeeess!" he'll say, and I'll dutifully go downstairs and get a slice along with a couple of paper towels. Max eating cheese in bed has traditionally been a messy activity; he'd down some, but pieces would fall out of his mouth. His food retention has been an ongoing challenge: Because of the cerebral palsy, his tongue and chewing aren't so coordinated (CP has a way of messing with various muscles).

Back when Max was a baby, he had trouble nursing because of that. When I started giving him a bottle, a lot of it would dribble out and we'd go through a gazillion burp cloths every day. Once he was on solids, he'd spew those out, too. Feeding him one jar of food could easily take a good half hour. Spoon in. Scoop up what came out. Spoon in. Repeat, repeat, repeat, repeat.

I'd never heard of a baby who wasn't able to keep food in his mouth. It was just too much. 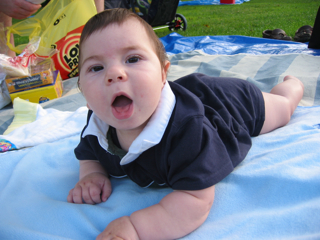 Somehow, though, we got enough food and milk into Max; he was quite the chubster. Often, Dave fed him; unlike me, he didn't get distressed by what was going on.

It took years for the eating issues to improve yet they did, slowly but surely. Suddenly, Max wasn't dribbling as much oatmeal out. Suddenly, more spaghetti was staying inside his mouth. Suddenly, ice-cream wasn't an ordeal (and, man, he was determined to keep as much of that in as possible).

Drinking liquids has been trickier. We thicken them up with a scoopful or two of Hormel Thick & Easy. But you can't put the powder in water, and sometimes drinking a glassful makes him cough. "Small sips, Max, small sips," I'll say.

Back to the cheese—oh, that beautiful, gorgeous piece of American cheese. I was sitting in Max's bed last night. I usually hold the cheese for him, because when he does he grasps it so tightly it mushes up. As usual I split the piece in half, folded it over, and placed it on the back molar so it was easier for him to chew, just like the feeding therapist once taught me.

Max was happily munching away when it dawned on me: He wasn't spitting any of it out. No flecks of yellow on his pj's, no bits on the comforter. It stayed in his mouth.

It was a small thing, but it was a big thing.

It was not unexpected but it still seemed astonishing.

It was one more eff-u to the cerebral palsy.

It was the sustenance that feeds my hopes for Max.

I didn't say anything to Max, didn't squeal, didn't do a happy dance. I just celebrated the American cheese milestone in my heart. 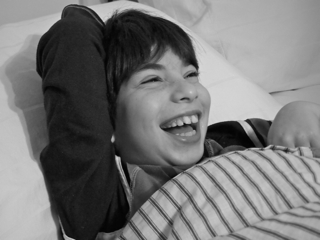 Image: free-extras
Ellen Seidman at 6:42 AM