A field of dreams for kids with special needs 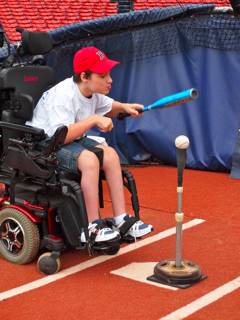 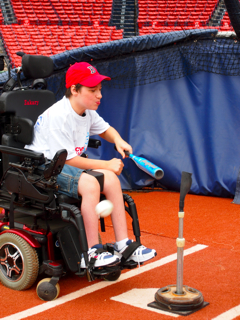 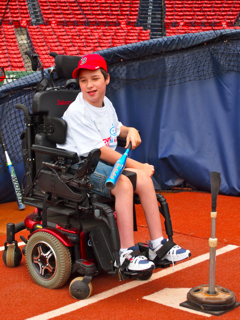 Max and I got invited to CVS Caremark All Kids Can Baseball Camp in Boston. One of us was really psyched to go.... and it wasn't Max. I know how awesome the camp is after writing about it last year. During the one-day experience at Fenway Park,  kids and teens on inclusive baseball teams get pointers from Red Sox batting coach Dave Magadan, pitch on the field, get a behind-the-scenes tour and see a game.

But Max has stadium-phobia. I showed him some photos of the camp and he kept saying "Nooooooo." So off I went. I figured maybe once he saw how much fun I had with the kids there, he'd want to go next year. That old make-him-jealous thing. 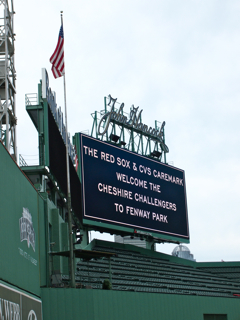 The camp is in its eighth season; the day I was there, the Cheshire Challengers, a Little League Challenger Division from Connecticut, plus one player from The Miracle League were visiting. From the moment the kids lined up outside the stadium to get in, they were beyond excited. Also cool: It's Fenway Park's 100th season.


I didn't think it wise to mention I'm a Yankees fan, though Coach Magadan won my heart.


First up: a batting clinic in the batting cage the Red Sox use to warm up and practice. Coach Magadan gave pointers on positioning, swinging, keeping your eye on the top of the ball. But he was also an amazing cheerleader. 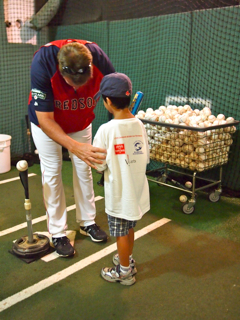 Next, the kids headed out to the field. It's gloriously green and lush, and I had serious lawn envy. I had a big, loopy grin on my face as I watched the kids at bat, looking determined and proud. I almost got walloped by a ball a couple of times. "I think they're aiming for you!" Coach Magadan said, laughing. When one kid whacked one out to center field, Magadan remarked that he'd be right at home in the game that evening. No matter how far a kid hit the ball, the coach was equally encouraging. 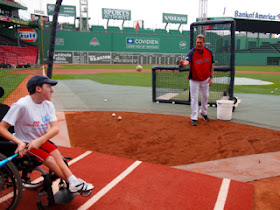 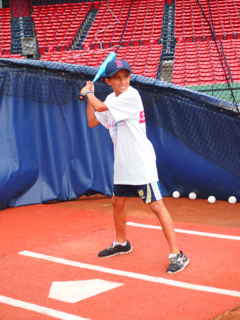 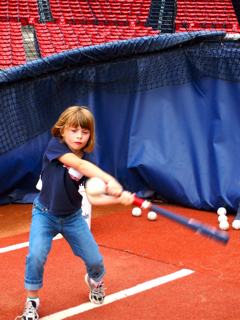 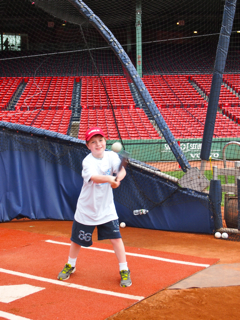 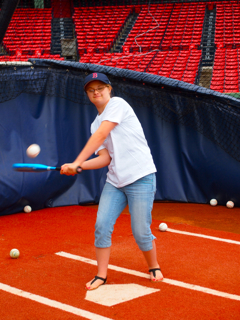 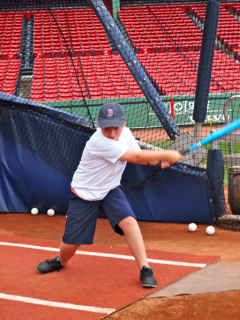 Right about now, you might be wondering how your child can get involved. The camp is open to inclusive teams in New England, and accepts 10 different teams each year. Applications are available starting in April or May; keep your eye out for them on the CVS Caremark All Kids Can Facebook page next spring. 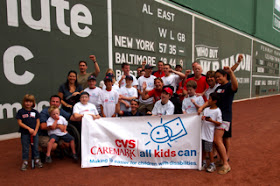 The players and their coaches Lunch in the dugout 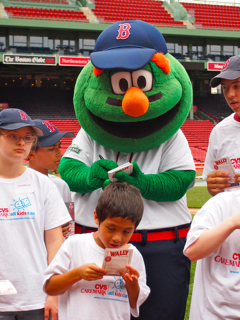 Wally stopped by, too.

Later that day, the kids returned to Fenway to watch Red Sox batting practice and a game against the Toronto Blue Jays. On the train ride home, I thought of Max and just how much his Challenger team has done for his confidence. It's certainly changed my idea of what makes for a good baseball game. It's not about how far you hit the ball or how fast you get to a base—it's about doing it on your own terms, as people stand by cheering you on. And that's something generally good to keep in mind when you're raising a kid with special needs. 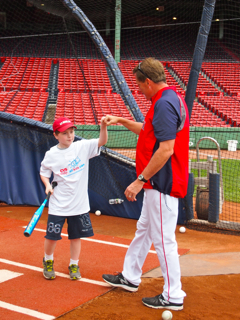 This is one of a series of posts sponsored by CVS Caremark All Kids Can, a commitment to helping children of all abilities be the best they can be. Like them on Facebook!
Ellen Seidman at 6:43 AM