Katy Perry inspiration, teens with cerebral palsy do Hamlet and other Stuff Worth Knowing About 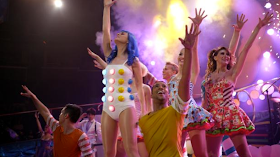 Moms for Katy Perry! OK, so what if I was the only mom at the screening of Katy Perry's 3-D documentary Part Of Me who hadn't brought their kids. Max doesn't like going to movies unless they're outdoors, Sabrina had school and so I went alone because I like her music. I was a little dubious about how intriguing it would be but as it turned out, I didn't want it to be over. A lot of Katy's music is about celebrating who you are, and the message came through loud and clear in the movie. Two young filmmakers followed Katy Perry on her world tour, giving viewers an intimate glimpse at the star—and what it takes to succeed and stay true to you. I know the movie's going to be a huge hit with teens, but this mom loved it. 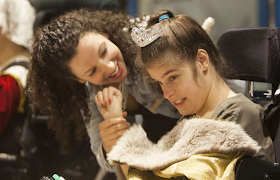 Teens with cerebral palsy rock Shakespeare. A teaching artist at Walnut Street Theatre in Philadelphia recently staged Hamlet with six high-school students who have cerebral palsy. They attend HMS School for Children With Cerebral Palsy, and the theatre's been doing programs with the school for seven years. To be or not to be wasn't a question—the students aced the performance. Total inspiration! Thanks to reader Kathy for sharing.

Way to get the kids to catch bugs for you! I couldn't resist the lure of My Critter Catcher, given the Animal Planet existence we lead. Now we're dealing with honeybee suicide. Evidently, as our exterminator explained, a few clueless members of the honeybee swarm occupying a tree near on the side of the house think that our porch nightlight is the sun. So they fly to it, and end up croaking. I wake up every morning to five or seven of them just lying there. (I keep the light on for security reasons, and I'm going to have to figure something out.) Sabrina has been happily removing the bees with this gadget; you just clutch it, the bristles open, you release it to grab the bug, and then deposit it somewhere that is not your doorstep, or bedroom, or bathroom, or wherever. It's Sabrina's new favorite toy, and I am ALL for it. 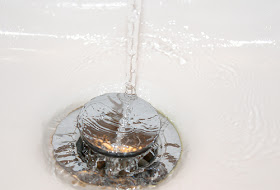 The girl who used to fix things, continued. I once mentioned that I used to be a person who could fix things, and how I'd grown out of it. But when the second sink stopper in our home broke and a plumber had said it would cost about $150 to repair each, I decided to DIY. I found an easy tutorial on how to fix up a pop-up sink drain over at Pretty Handy Girl, a site filled with fixes for dummies. Dave's contribution was going to Home Depot to buy the Sink Repair kit ($7.50 each). First I tackled the one in our master bath (20 minutes), then I did the one on the first floor (5 minutes). Totally proud of myself. Sorry, I don't do housecalls.

More Monsters, Inc. It's one of my favorite movies of all time and in 2013, the prequel's out—Monsters University. Enjoy the preview!