My dad lives on every day 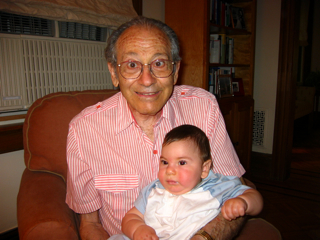 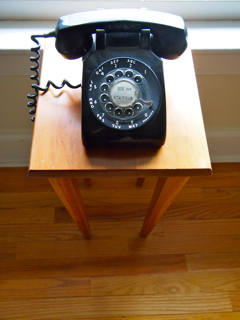 First thing in the morning, and throughout the day, I walk by his old phone. Dad kept this one till the end. I have this little ritual of pausing for a minute by the phone, before the insanity of the day begins, and thinking about what I can do to make it a good day. 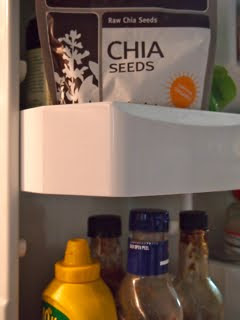 In the morning, we all sprinkle chia seeds into our yogurt and oatmeal. My dad was into health food even before it became trendy. He was the one who first told me about flax seeds, and now chia seeds are the new flax seeds. He'd be so psyched we're eating them. (And when I down something evil, like Fettucine Alfredo, I get a bad case of dad guilt). 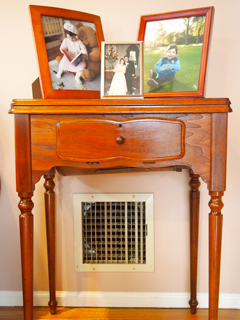 Dad's old Singer sewing machine. Dad would have been thrilled if I took up sewing, but that's not gonna happen. It does make a great spot for photos of the kids and a wedding shot. 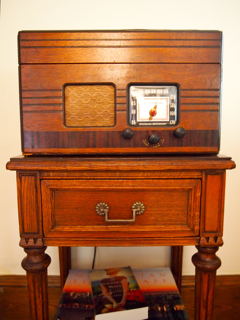 On weekends, we listen to the news on Dad's Westinghouse (I had it fixed up). My father was a newshound who read several newspapers a day and always had the news playing on the radio. I miss him telling me about stuff and getting newspaper clippings in the mail, but he's still keeping me in the know. 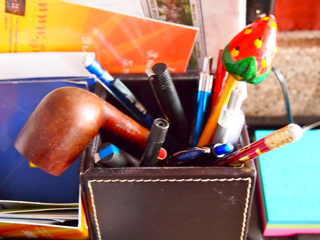 I stashed one of his pipes (he had quite the collection) in our kitchen pile o' stuff. 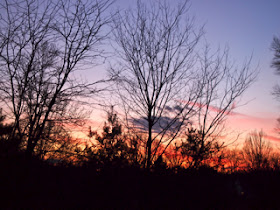 My dad was into photography. I don't have time to make it a hobby, like he did. Every so often, though, I take a good photo and I think, Dad would have been proud.
Ellen Seidman at 6:45 AM