Slams against people with special needs...and one bit of awesome 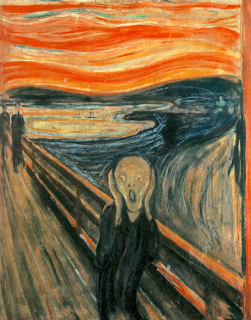 I've been simmering all week over slams against people with special needs. As in, I need an exorcism or something to get them out of my head.
First I saw something despicable on a news aggregator site: A commenter had posted a photo of a smiling little girl with Down syndrome imprinted with the words: "I can count to potato."
Blood.
BOILING.
You could have imposed those words on a picture of some clueless politico or celeb, and it would have been funny. But a little girl with Down syndrome? That's cruel, not to mention vile.
Then I heard about the GQ slam. The magazine named Boston its top worst-dressed city and said it "suffers from a kind of style Down syndrome." Brian Skotko, a doctor at Children's Hospital in Boston who has a sister with Down syndrome, wrote a post lambasting the reference. As he said, "My 40,000 fellow Americans with Down syndrome have been cheapened, and I will not take it." The magazine subsequently removed the reference from its website. To date, there's been no public apology.
Ignorant people who are so pitiful they stoop to making fun of kids with special needs are one thing...seemingly. The fact that editors at a respected magazine like GQ let that phrase fly just goes to show that ignorance exists in every stratosphere of society. Even well-educated people (as I assume the editors there are) see nothing wrong with demeaning people with special needs.
So I had that stuff on the brain this week, accompanied by some other crapola that unexpectedly came at me. And then, I discovered this bit of awesome in the Nordstrom Anniversary Catalog, courtesy of Noah's Dad: 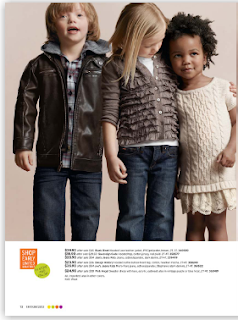 And suddenly, I felt a little better.
Ellen Seidman at 9:26 PM