Focusing on the can-do, not the can't 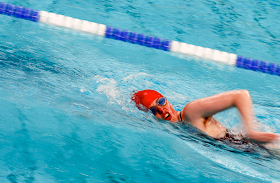 The 2011 World Special Olympics held its closing ceremonies yesterday. A whopping 7500 athletes from 180 countries participated in the games. The awe-inspiring Kayla McKeon, who you met here, won a bronze in singles bocce and a silver in doubles. YES!!! 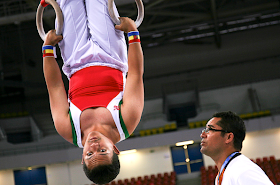 What's amazing about the Special Olympics is the focus on ability, not disability. 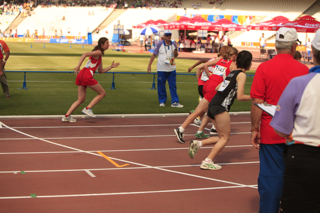 These athletes show the world that people with disabilities have capabilities. Boy, do they ever. 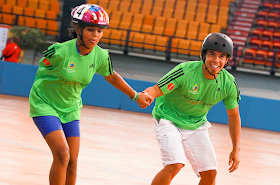 The athletes in the Special Olympics are competent, competitive, and talented. Like any other athletes out there. 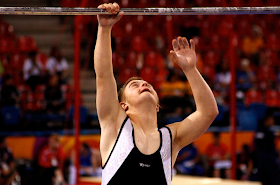 The games were just a week long. They didn't receive as much media attention as they deserve, by far. But I know I know that they have changed minds and shown people just how able the "disabled" are. 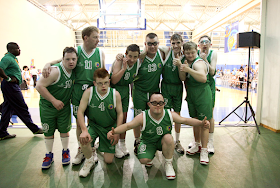 It's one of my greatest wishes: If people were better able to look at Max and see what he can do, instead of what he can't do, he'd have a much easier time in this world. OK, he's not doing a 5000M run anytime soon, but there is plenty else he can do. Attention, world: 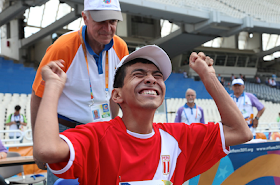 I'm proud to have had the chance to do Special Olympics coverage, sponsored by Procter &amp;amp; Gamble, because I am grateful for their sponsorship of the Special Olympics—31 years, and going strong. This year, through their Proud Sponsor of Moms campaign, they donated $250,000 to support local programs and services all year long and make the moms of these athletes extra proud. Additionally, for every person who liked their "Thank You Mom" Facebook page or commented on it, they donated $1 to Team USA's journey to Athens, up to $250,000. Take a sec to show your support and "Like" the page or leave a message. You can also check out videos from the games there.

I leave you with the official music video of the Special Olympics World Games Athens 2011. Just look at all that amazing ability:


Now, what would you like the world to know your child can do?