Who's your mentor mom? 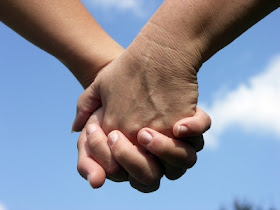 As visions of cute cards, breakfast in bed and other Mother's Day perks start dancing in our heads, here's something also worth thinking about: the mothers in other countries who don't have it as good as we do. Fact: 67 percent of the world's HIV population live in sub-Sarahan Africa. That means countless HIV-positive women there regularly get pregnant; in Africa, every day 1000 babies are born with HIV.

Back in 2001, an ob-gyn launched mothers2mothers (m2m), a program sponsored by Johnson & Johnson in which HIV-positive mothers share their experiences and knowledge with pregnant women and new moms who have the virus. It's been a simple yet critical effort in a part of the world where health services are scarce and misinformation spreads like a virus.

Check out this video of Goodness Makhanya, a mentor mother at Lobamba Clinic in Swaziland. She's mom to an HIV-negative baby. Here, she describes him as "clever" and talks about the future she envisions for her son: a world in which others are HIV-negative like him. Like other m2m mentors, she educates HIV-infected women to prevent mother-to-child transmission of the virus.

Clearly, mom to mom mentoring can be lifesaving. Sometimes, it can also provide an emotional lifeline, as some of us know well. After Max was born and I was crazed with worry—crazed—I met a woman named Sarah through an online network for parents of children who'd had strokes. My own mother was her usual loving, kind and nurturing self, but I needed someone who understood the particular hell of what it was like to have a baby with brain damage.

Sarah was that mother for me. I clung to her upbeat attitude and took comfort in her calm, rational responses to my emails, ones filled with fears, grief and freakouts. Once, she wrote, "No matter how he turns out, Ellen, Max will be your beautiful child and you will love him" and those simple words gave me a surge of strength I so needed.

At some point during parenthood, we're all mentor mothers, aren't we? You've been mentor moms to me in this space and, at times, I've been a mentor mom to you. Much strength—and healing—lies in helping other mothers in need.

This week, as we pay tribute to moms, let's celebrate mentor mothers—the ones like Goodness who are saving lives, the ones we are, and the ones who have mothered us.

You can leave a dedication to your mentor mother on a Tree of Hope on the m2m Mother's Day Facebook page and they'll send her an alert. I just did that for Sarah.