Good times with my other special kid 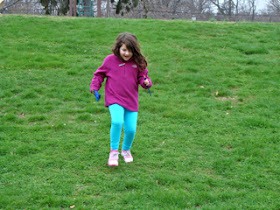 Max gets more attention than his little sis does. There's no denying it—he needs more one-on-one. And, yes, maybe I am guilty of sometimes cheering more loudly for him when he does something, because with Max, every little thing is a major victory.

Sabrina knows Max has special needs; I know that she wants to feel special, too. And so, I've been trying to spend more time with her alone. I'll get plenty of chances if Max ends up at sleepaway camp (as the majority of you were all for). Recently, I've taken her to a couple of Little League games, where she's known as a power hitter. Have to say, I wasn't surprised. I also recently took her to a children's museum for the debut of THQ's SpongeBob SquigglePants game, which works on the uDraw GameTablet for Wii; we got one to take home.
I figured Sabrina would consider me The Best Mom Ever, given her affection for SpongeBob. She once informed she was going to marry him, though I think she'll grow out of it and if not, the Krabby Patty would be a fine place for a wedding reception.

Her buddies were all present: 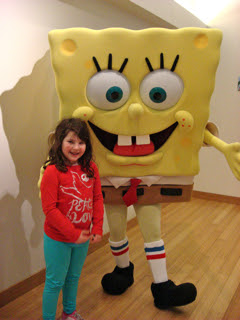 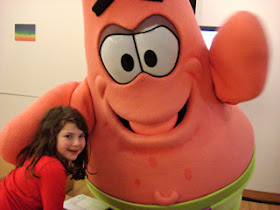 Another thing that qualifies me for a Lifetime Mom Achievement award is that she got to eat a hot dog, a hamburger, candy, and a green-tinted shake. 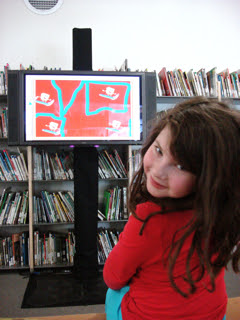 Then she tested out the game, which has more than 100 "Nanogames" in six worlds. I loved the interactivity and creativity; in one game, she had to draw a line between two cliffs to help Plankton get to his Krabby Patty.

Sabrina stopped thinking I was awesome when we came home and I made her take a bath. Still, it was A Great Day. And I have newfound respect for SpongeBob, her future groom.
Ellen Seidman at 12:14 AM