Special needs and allergies: Advice from a celeb mom who knows 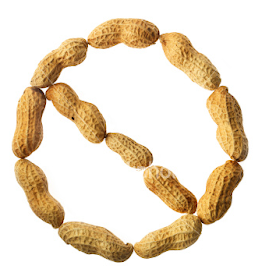 I've got allergies on the brain this week because I got to participate in a webinar with Holly Robinson Peete, a major advocate for kids with special needs; her son RJ has autism. Holly's a spokeswoman for EpiPen (and no, I'm not doing a giveaway); Dey Pharma L.P. gave several bloggers stipends to participate and let me just say, I was thrilled to get paid to share puke stories—and help parents prep for SuperBowl parties, the second largest day of food consumption after Thanksgiving. Holly's married to former NFL quarterback Rodney Peete (her prediction: The Green Bay Packers have it).

Holly has four kids, all of whom have some form of allergies. She mentioned how she'd discovered her youngest son's allergy to milk: She'd been nursing him, talking on the phone and eating a gorgonzola salad, multi-taksing like all moms do. "Suddenly, his ear swelled up like Will Smith's lips in Hitch!" she recalled. "I had no idea what was happening." She rushed him to the doctor. "He reaches in and says, 'I found the culprit!'" A piece of gorgonzola cheese had fallen into his ear; he was allergic to dairy.

We first found out Max had a dairy allergy when he was 8 months old and we gave him cottage cheese...then took a car ride. Puke. Everywhere. I felt awful for Max—as if he didn't already have enough going on. Holly told me she'd felt the same when she learned RJ had allergies: "I was disappointed and a little distraught. Would he cognitively be able to protect himself down the line, without me?"

A few months later, I had the bright idea to give Max a spoonful of peanut butter. He gagged, got hives, the works. Allergy #2? I was floored. At least it wasn't at the analphylactic level, although with every exposure, the reaction gets worse.

Happily, Max outgrew the dairy allergy when he was around five, thereby enabling his chocolate ice-cream addiction. But the nut allergy is probably never going away (only 20 percent of people with peanut allergies and 1 percent of kids with tree-nut allergies outgrow them). Over the years, we've had some close calls, including the time Dave decided to let Max taste test vegetarian pate at Whole Foods. Vomit in Aisle 7! We have EpiPen Jr's at home, EpiPen Jr's at school, EpiPen Jr's in my purse, you name it.

I asked Holly how she's handled RJ's food allergy. "The good news is that he's developed enough language and cognitive skills to understand. When he sees peanuts he says, 'CAN'T HAVE THAT!'" Holly said. "At Chinese restaurants he'll say, 'CAN'T HAVE KUNG PAO CHICKEN!' We have struck the fear of God into him!"

Holly also talked about how important it is to have a great system around kids with special needs (or, well, any kids). As she said, "Advocate the heck out of it! Walk into the class like Norma Rae, stand up on the desk! Awareness is key." She mentioned programming information into kids' communication devices. Hel-lo, iPad! You can also convey allergy info with PECS (Picture Exchange Communication System) cards.

Sabrina is fully aware of Max's peanut allergy; RJ's twin sister looks out for him, too. "We once went to a baseball game," said Holly, "and we were sitting in an area with snacks and cookies, and he went to reach for a cookie and his twin sister snatched it out of his hand and said, 'RJ, there are peanuts in there!'"

Holly prefers to bring dishes to parties, rather than putting the burden on hosts to create nut-free foods. Although it's a good idea to ask that hosts do just one utensil per dish (to avoid passing around allergans). When she has people over, she asks guests what they're bringing: "It's all about communication!"  Especially with older relatives and in-laws, who may not get how big of a deal an allergy is.

I adore Holly because she keeps it real (I met her at a lunch for The Talk over the summer); she confessed to missing some of the stuff her kids are allergic to, like peanut butter. "If the kids are at my mom's, I'll have a peanut butter cup!" she said. I actually keep pb in the house, in a secret hiding spot; some nights, it's my go-to dinner of choice, but I use plastic utensils only and then avoid kissing Max while he sleeps (as I often do).

Word, EpiPen has a free app on iTunes that demonstrates how to use the injector, a slideshow that shows you how to walk someone through using it, and allergy profiles you and your doc can create.

So, do any of your kids with allergies? How did you discover them? How have you dealt?
Ellen Seidman at 5:45 PM