Stuff worth knowing about: charity edition 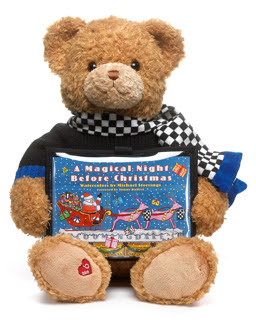 • From the charity-begins-at-home files: If you've wanted to get your kid an iPad, Shannon Des Roches Rosa at Squidalicious has very helpful ideas on getting funding for one.


• Bloomingdales is donating $8 for every Gund Little Brown Bear (above) sold to the Child Mind Institute, an organization that's dedicated to transforming mental healthcare for kids around the world. The critter comes with the storybook A Magical Night Before Christmas. I am not responsible if your kids fight over it.

• I'm a longtime supporter of The Fresh Air Fund, a New York City program for inner-city kids that sends them to summer camp. They actually have programs throughout the year including tutoring, weekend retreats and job shadowing. Despite being in New York, there's no shortage of fresh air, though they could use your contributions.
• A new site called Closetista, which broadcasts interviews with new and indie clothing designers (and which a friend's husband runs), is having a week-long clothing sale through Sunday that benefits Smile Train (an international charity that provides cleft lip and cleft palate surgery to kids in need), the National Multiple Sclerosis Society and Dress For Success. Ten percent of all sales will go to these charities.


• Camfed (the Campaign for Female Education), a nonprofit that fights poverty and AIDS in Africa by educating girls and creating economic opportunities for young women, just launched a campaign called "Every Child Belongs in School." This series of short films depicts how education can help millions of children escape poverty. Check out the first one, Sisters, which tells the story of 14-year-old Afisha, who wants to return to school but had to drop out and marry because her father can't afford her school fees.

• After Max had a stroke at birth, the very first supportive place I found when I came home from the NICU and Googled was Pediatric Stroke Network (PSN). The mother of one on the moms on the e-loop is selling kitchen towels for $5 (plus some shipping, to be determined); 50 percent of the sales will benefit PSN. If you want to inquire about any of them, contact Margie, tmmas@COMCAST.net. If you want to get one  and cook dinner for me, you know where to find me. 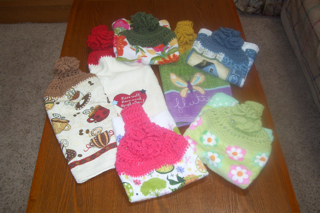 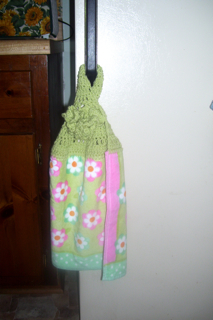