Those times that make you wonder: Why didn't we get the happy ending? 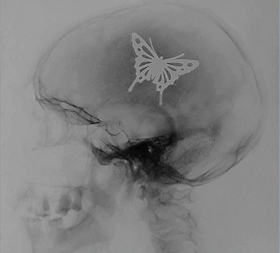 A few months ago, an editor I know at Parents told me they were running a story about a mom whose kid had a stroke at birth, the same thing that happened to Max. She asked if I'd be OK if they mentioned this blog, and I think my response was something like "Hell yeah!"

It was hard reading the first part of the article, because it brought back painful memories of the trauma surrounding Max's birth—seizures, doctors telling the couple their baby had brain damage and was at risk for cerebral palsy, getting involved with Early Intervention, the mother fearful of what the future might hold for her child.

Then I got to this part: "By the time he was 2, Luc had 'graduated' from therapy, and his neurologist could no longer find physical evidence of impairment from his stroke. From picking up a Cheerio with his fingers to speaking a full sentence and reading simple words, he has met every developmental milestone on time. We believe that having Luc in therapy at such an early age made a big difference."

My heart sank, as awful as that may sound. It did. Not because I wasn't happy for this beautiful little boy—I was. Not because I didn't think it was an important article for raising awareness about pediatric stroke—I did. But still, that "Why not my child?" feeling swept through me. We got Max so, so, so much therapy back then. We still do. We've done everything we humanly can for him. And yet, he cannot pick up a Cheerio. He cannot speak in full sentences.

I know, logically, why not Max. He had more brain damage from the stroke, a bilateral one, than that little boy did. It's sort of like how lightening strikes—there's no control over where it goes or how much damage it does.

I know we are very lucky the stroke was not worse and that Max is doing as well as he is. "It didn't get to the basal ganglia," a neurologist at the hospital told us as he showed us the MRI film of Max's brain. The white parts were the damaged areas—the temporal, parietal and occipital lobes, part of the frontal lobe too. But the basal ganglia—the group of nuclei that lie deep within the brain and are critical to motor control and learning—were spared. In a nutshell: Max would have been far more disabled if the stroke had hit that area. It was the one good piece of news I had to cling to after Max was born. For months, it gave me tremendous satisfaction to tell doctors we met, "The basal ganglia were not affected."

I know there are parents reading this whose kids might not be doing as well as Max is, and they may be thinking I have nothing to complain about. I am acutely aware of that, even as I struggle with my own habit of comparing Max to kids who have exceeded his abilities.

I know that Max is still young and bright, and that he will continue to make great progress.

When Max was born, our pediatrician knew of two other moms in our area whose babies had strokes. He connected us, and they came to a baby party we threw for Max. "He'll be OK," one of those moms told me. I desperately wanted to believe her. A few months ago, I bumped into that mom and her daughter in the Target parking lot. Her kid, now about 11, is just like any other kid. There is nothing really wrong with her, her mom told me. Again, that double-edged thought: Good for them, sad for us.

I feel absolutely, positively crappy when I have these thoughts—it seems awful to, well, envy another child's well-being. To covet that well-being. Are these not deadly sins? I don't feel any sense of gratitude when I see Max doing better than another kid who's had a stroke or who has cerebral palsy, I just feel sorry for that kid. But when Max isn't doing as well as another child-stroke victim, that gets to me.
I've tried so hard to quit comparing Max to typical kids. It's taken years, but I no longer do it. Still, I compare him to other kids with the same diagnosis, and it dredges up pain. And gut-wrenching guilt. I hope, as the years pass, I'll stop doing this too.
Do you ever compare your child to other kids with the same diagnosis?

Photo/Stellazine
Ellen Seidman at 12:01 AM