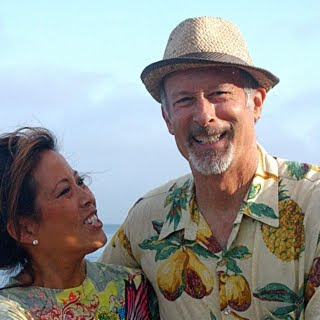 Men had all sorts of reactions to yesterday's post, Clueless Husbands: The Interview. Some guy on Twitter called it "hostile." The ever-wise (and ever-funny) Ken from Blogzilly suspected that women secretly want to be in charge (not entirely untrue). And then there's my new Twitter pal Bruce Sallan, a columnist who writes the syndicated newspaper and website column "A Dad's Point of View" and who decided he was man enough to write a rebuttal. Let's give it up for Bruce and his brave wife, Debbie.

I'm just a guy. And, according to Clueless Husbands: The Interview, I'm probably just lame. But it got me thinking about gender differences. So I thought I’d do some journalistic investigation myself. Because once and for all, I'd like to understand: What the heck is SHE thinking?

Me: “Okay, it must have been my imagination, Sweetie. Then, why do you sometimes (I’m not allowed to say “always”) leave the lights on all over the house?”

Sweetie: “I don’t ever leave the lights on!”

Me: “Of course, I must be mistaken, Darling. May I inquire why you like the air conditioning on with all the windows open?”

Darling: “I never do that either. You have no idea how busy I am, how much I do around the house, how hard it is dealing with the kids and the stress I’m under!”

Me: “I know, I know, Darling. The fact that I work as many hours as you do, work tirelessly on my new business, and do the majority of the kid-care, and the walking of our 3 dogs, is really worthless. Forgive me, Scrumpchkins. So, tell me, did you see the doctor today about those hot flashes?”

Scrumpchkins: “Do you think I have the time to see the doctor? I had to get my hair colored today, return several clients' calls, and the traffic to and from work was a nightmare.”

Me: “I’m so sorry, MushPoo. It sounds as if you had a horrible time.”

MushPoo: “You have no idea. And then this light went on my car and I made an appointment to have it fixed.”

Me: “You mean the light that says you’re almost out of gas, SweetiePie?”

SweetiePie: “Whatever, the car needs a wash anyway.”

Me: “Well, I gotta pick up son #1 from his sleepover, and take son #2 to his guitar lesson. Need me to pick up anything for you, SweetiePie?”

SweetiePie: “Yes. Pick up the take-out order from Mama’s Italian for us on your way home?”

Two hours later, as I’m nearing home, both boys in tow, dinner next to me, I get the following text: “Pick up a bottle of Chardonnay, too.” I turn the car around and get the wine. Boy, she has it tough. Later that night, I continue the interview:

Me: “Hey, HotStuff, I was thinking about what you said earlier, about the horrible commute into town you do. Have you ever thought about trying to get a transfer closer to home, given that you work for a franchise that is nearly everywhere?”

HotStuff: “Don’t be silly. I like the people at this location. Besides, it would be impossible to start over out here. You don’t understand anything.”

Me: “Yeah, I guess so. But, really, Dearest, there’s got to be something the doctor can do about those hot flashes. Having the AC on and off all night, piling on and off the blankets, makes our sleep sort of restless, you know?”

Dearest: “I know you don’t understand how hard it is being a woman and that our plumbing may be just a little bit different than yours, but when I find the time to see the doctor, I’ll ask him again. I’ve tried everything already and that’s just the way it is. You couldn’t possibly understand…MEN!”

And, with that, I turn on the overhead ceiling fan, turn down the AC, put half the covers on me and remove the other half from her, roll over, and think to myself, “Wow, she really has it so hard…I’m one lucky guy!”

Bruce Sallan has a very active imagination, according to his wife, when he read this piece to her.
Ellen Seidman at 10:20 PM